Which Device To Get? Cintiq Pro 24 Or Cintiq 22? Let’s Compare The Two

Recently, Wacom released its new Cintiq 22 drawing pen displays, which is an affordable version of its slightly larger sister, Cintiq Pro 24. Despite how the two device appears too similar, there are quite many differences between them. One may be wondering whether getting the more affordable Cintiq 22 is the best choice, or whether you will need or benefit from the more features Cintiq Pro 24 offers. While both devices allow you to create good artworks. The more expensive Cintiq Pro 24 makes something more easier, as we will see shortly.

For the most part, I will illustrate the differences between the two in this comparison, then I will mention the areas where the two are similar, which are not much.

As a general policy I follow through all my comparisons. I won’t pass a final judgment or decide what’s best device, but rather give you all the information you need to decide which one is the best on your own.

For detailed information, you can find my reviews about both Cintiq 22 & Cintiq Pro 24:-

You can check out both devices in the following Amazon & eBay links:-
Cintiq Pro 24:-
#CommissionsEarned 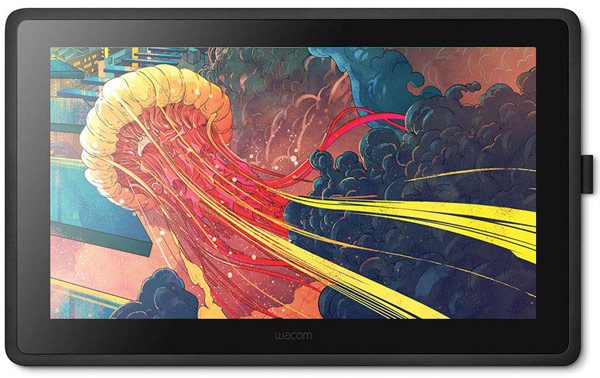 Cintiq Pro 24’s screen is better than Cintiq 22’s in many aspects. For a starter, it has a laminated screen, which means less parallax while drawing.

To give you an idea on what that is, Laminated screen is the screen that’s made so that the screen glass, digitizer, and the display are made of one flat piece. This offers multiple advantages over other screens. The most notable one is the reduced parallax (more on that later).

Other benefits of laminated screens is preventing dust from getting under the screen glass, as well as having a thinner display.

I guess that in order to make it more affordable, Wacom chose to not have a laminated screen in Cintiq 22. Although Huion managed to make their Huion Kamvas Pro 22 (2019) cheap while still having a laminated display.

Despite all that, having a non-laminated screen in Cintiq 22 won’t prevent you from drawing well from it, it’s just something that would be quite nice to have in it.

What is parallax? I just mentioned that laminated display tend to have less parallax. In case you are wondering what that is. Parallax is a slight offset between the pen tip and the strokes you draw on the screen. This offset is caused by the distance between the pen tip and the digitizer. The thicker the screen, the more the parallax that can be caused by that. For that reason laminated displays, like the one Cinitq Pro 24 has, tend to have less parallax. It’s worth noting that parallax can be especially noticeable near the screen edges. Calibrating the display can lower this, so make sure you do that on any pen display you get. While Parallax can makes it hard to draw at first, you actually get used to it after using your device for a while.

Screen resolution is one area where Cintiq Pro 24 beats its affordable counterpart. As it’s capable of 4K resolution. This is a nice feature for drawing high-resolution images, especially giving the large display size. Cintiq 22 can only display 1080P resolution.

When it comes to color gamut, which is the range of colors a screen can display. Cintiq Pro 24 has a 99% Adobe RGBcolor Gamut, which helps it produce quite the vibrant images, compared to the approximately 70% Adobe RGB (100% sRGB, as mentioned in the specification). 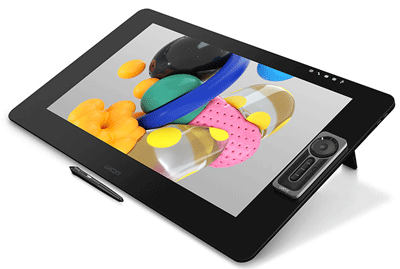 In case you are wondering whether you need a high color gamut. It totally depends what you plan to do with your artworks. As a general rule, if you plan on publishing them online, then 100% sRGB is more than enough. Higher color gamut is good if you have a printer that supports it, or if the printing service you use does. As you will definitely benefit from the extra colors the screen can display. In case you draw comics in black & wide, then colors certainly won’t be much of an issue, no matter what screen you use. Either way, having a second monitor to do comparison with can always help you see how your artwork is going to look like for others. 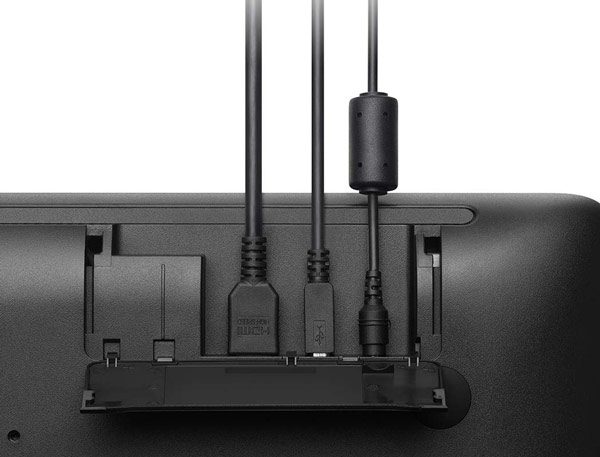 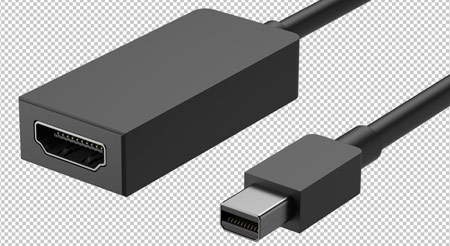 Cintiq 22 connect to computer using HDMI only, which is so common nowadays, so you won’t have any issue connecting it to most computers. Connecting it to a computer with other display port like USB-C or DisplayPort can be easily done with an adapter.

On the other hand, Cintiq Pro 24 also supports HDMI. It also supports the DisplayPort & USB-C out of the box (For USB-C connectivity to work, make sure the USB-C on your computer supports alternate mode).

Express keys is one area that pretty much comes down to preference. As many artists would rather use keyboard shortcuts, even when their pen display have many express keys. Some artists don’t even like such keys, and think they in the way.

If express keys are not important to you. You’re more than welcome to skip to the next section.

While I use keyboard shortcuts almost all the time. I personally like having express keys to use for the tasks that don’t require many of them, like sketching.

None of the devices here have any express keys on the device itself. As the Cintiq remote is the way to get express keys on modern Wacom devices. The remote has 17 hot keys, as well as a touch ring for stuff like resizing the brush or zooming in & out the canvas.

Cintiq Pro 24 comes with the express key remote (also called Cintiq Remote) out of the box. In case of Cintiq 22, the remote is sold separately. You can find the Remote from the following Amazon & eBay links:-
#CommissionsEarned 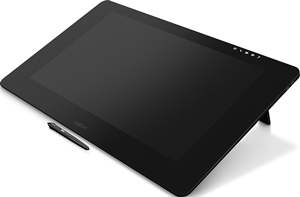 This is one area where the two devices are quite the opposite. Despite being more expensive. Cintiq Pro 24 doesn’t come with a stand out of the box, but it has two legs that allows you to keep it in a tilted position on your desk. If that’s how you like to draw, then you will have no issue with it. Otherwise, you will have to buy Wacom’s own Ergo Stand.

The Ergo stand allows you to tilt your Cintiq Pro 24 to accommodate to your sitting posture. It makes it possible to rotate it, which makes drawing certain lines easier(many drawing programs make that possible too, even without a stand).

In case you wanted to mount something other the ergo stand to the Cintiq Pro 24. It’s worth knowing that it doesn’t support VESA mount, but rather Wacom’s own mount (a 80x495mm hole pattern). In case you wanted to mount it to an arm or anything else, you would need to buy one of multiple adapters that are available to it. I have wrote a post about that in the past, in case you’re curious about this:- 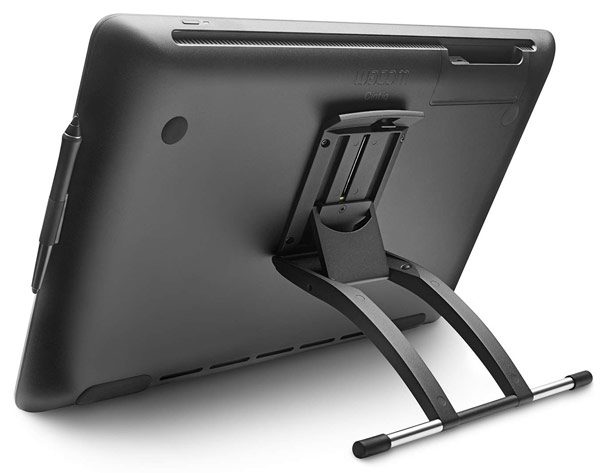 Now, let’s give the Cintiq 22’s stand a look. It comes with a similar stand you see with Cintiq Alternatives. The stand is simple & sturdy, and offers you the ability to tilt your Cinitq forward & backward, and pretty much that. It’s more than enough for most basic needs.

If you removed the stand, you will be presented with a beautiful VESA mount, so mounting it to all sorts of fixtures, like monitor arms, is straight easy.

This is important because mounting an arm makes drawing with pen displays easier, as you could rotate & tilt your device to your heart content. It makes it easy to move your Cintiq away when you’re not using it. You will quite appreciate the desk space you will save in case you have a small desk.

Cintiq 22 is the clear winner when it comes to this part of the comparison.

You can take a look at the various VESA arms here on Amazon & eBay:-
#CommissionsEarned 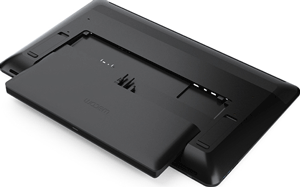 Cintiq Pro 24 Can Be Turned Into A PC Using The Engine Creative PC Module. It has a little slot on the back where you plug the optional Creative PC Module, which is essentially a laptop without a keyboard, mouse or a screen (for the lack of better term). With that, your Cintiq Pro 24 would turn into an All-In-One computer.

The ram & SSD inside the PC module can be upgraded if needed. In case you have more than one Cintiq Pro 24 (or a Cintiq Pro 32), you can remove the PC Engine from one device and into another, and continue working that way.

I think the idea of the Pro Engine is quite neat, though kinda overpriced. I think it’s a good solution than buying a All-In-One computer on its own, since you could replace the computer part and keep the Cintiq, and vise-versa. Whether that would work well depends on how Wacom supports it in the future.

As you may have guessed, Cintiq 22 doesn’t support the Pro Engine at all.

For more in-depth information about the Pro Engine, you can refer to my Cintiq 24 Pro review here.

I discussed the idea of the pro engine in a lot of details in this post too. Including whether building a PC or buying a laptop is better or not.

Areas Where The Two Devices Are Similar

Both devices come with the Pro Pen 2, which offers 8192 levels of pressure sensitivity. The same goes for tilt sensitivity as well. The Pro pen has two customizable buttons on the side as well.

A Quick Summary Of The Comparison

Both the Cintiq 22 & Cintiq Pro 24 are good drawing devices, and both can do you so well as an artist. Though based on the many differences between them, one could be better for you than the other:-

To sum it up, here’s a quick summary of the comparison:-

You can check out both devices in the following Amazon & eBay links:-
Cintiq Pro 24:-
#CommissionsEarned

Despite both of them being made by Wacom. Cintiq 22 & Cintiq Pro 24 have quite many differences. To a good degree, I think that makes picking once device over the other much easier.

I hope you found my comparison between the devices useful. Whatever device you end up choosing, I hope you have a good time drawing with it. If you liked this post, please subscribe to my mailing list for more updates & promotions~