Atmospheric perspective (also known as Aerial Perspective) – is the perspective where far away objects appears hazier, and having less contrast compared to the closer objects.

Unlike the perspective types we saw so far. Aerial Perspective is doesn’t require vanishing points. It depends solely on contrast to give the illusion of depth. For that reason, drawing it has more to do with your shading abilities, rather than the use of receding lines & technical understanding of vanishing points.

This change in color actually exists around us, and it is created using the atmosphere (which is the reason it’s also called atmospheric perspective). It’s more obvious the more the distance between an object and a viewer increases.

One of the most common examples of Aerial Perspective is the mountains view. If you took at the following mountains scenery, you can notice how the mountains afar from us appear fainter:- 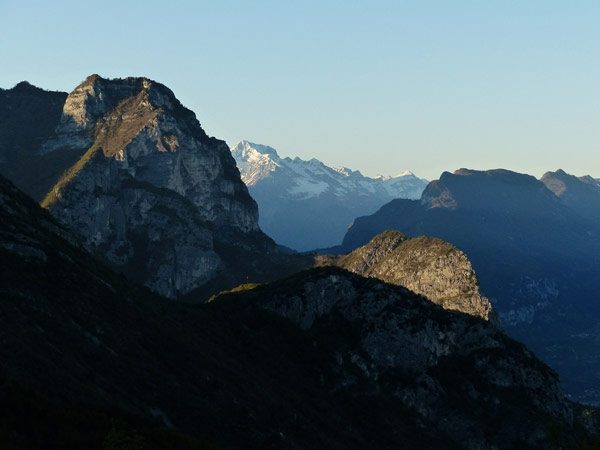 Here’s another example that happens during sunset, the mountain or cliff that’s close to us is so clear, while, all the mountains that are far from us are faint:- 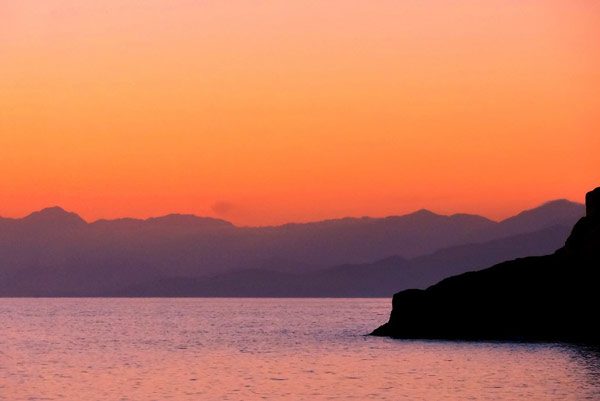 While mountains view is a common example of Aerial Perspective. This kind of perspective can happen in cityscapes as well. You can see the same in the following Shinjuku scene:- 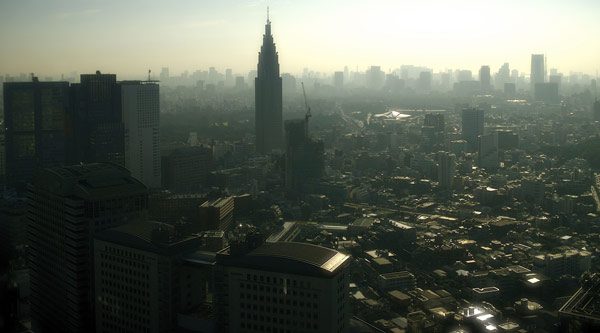 Aerial Perspective can also be used for other types of pictures. In this road artwork, the everything down the road to the viewer appear dimmer than the building close to us:- 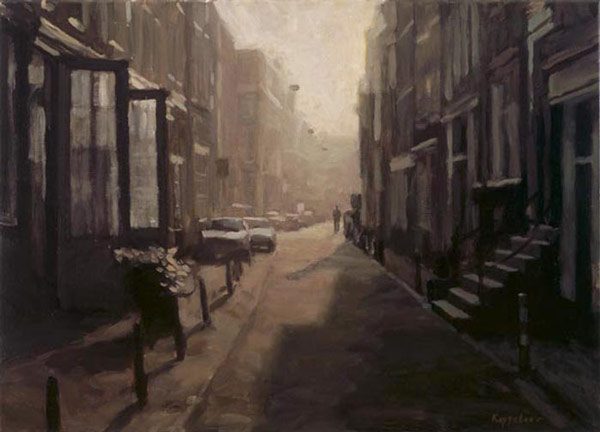 How To Draw Aerial Perspective?

Drawing Aerial Perspective is very simple, and only requires one to understand the main concept behind it:- Objects that are further from us appear dimmer & fainter, and has less contrast than the objects that are closer to us.

Take the following three mountains, for example, they all have the exact same contrast. It gives us the impression that they are all close to us:-

By using Photoshop to adjust the contrast between the mountains, I made it easier to know which one was further from us. (It’s also true that overlapping already make this obvious):-

Notice how I added more contrast to the mountains that are further away, to make them appear even further from us.

Note:- Rather than just adjusting the contrast, you can also add mist using a soft brush to give the impression of the distance between the mountains (and any other object in your picture).

How Aerial Perspective Can Make Your Artworks Better?

While not related to perspective, the use of emphasis or change in color can also be used to direct the attention of your viewer toward the main subject in your artwork. In the following scenery, you can notice how Big Ben, along with the other building, appears much less contrasted compared to the pier and the people standing on the top of it. For that reason, they are much easier to be noticed by the viewer:- 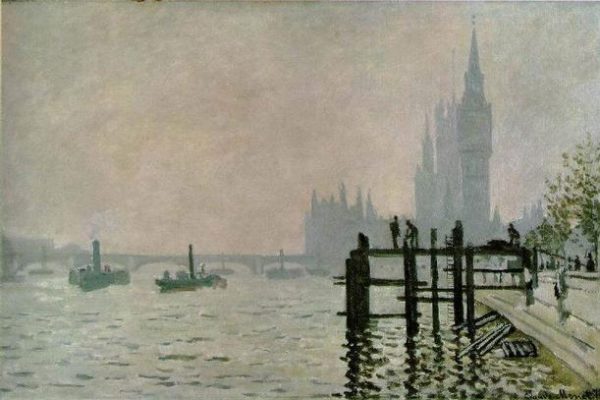 Even when distance is not involved, you can make the main subject of your drawing stands out the same way.

Light comes out of its source, then gets reflected from the various things around us. It reaches our eyes eventually. That’s how we see these objects. It’s also why we can’t see anything in the dark, since there’s no light in the dark at all.

When it comes to far away objects, light can be scattered by dust, smoke, or other molecules of the air. This scattering adds more light to the colors of the far objects, which is why we see them dimmer.

Usually, this light scattering happens during the day. But this phenomena can also happen in the nights where the moon is bright. Sometimes Aerial Perspective happens because of mist & other natural phenomena.

A Final Word On Aerial Perspective

Aerial Perspective is a simple and easy to understand type of perspective, mainly because it doesn’t requires any mathematical knowledge or the use of vanishing points. Using it can easily make a good impact on your artworks, either by adding depth to them or by guiding the attention of the viewer toward the main subject of your drawing.

Next lesson:- Perspective principles:- Diminution, and how to draw objects at an equal distance