The Lack Of VESA-Compatible Mount In Cintiq Pro 24 Was A Bummer, Here’s How To Get Around This

Update:- There’s one commercially available VESA adapter for Cintiq Pro 24, which you can find in the following Amazon links:-

Out of the box, Cintiq Pro 24 comes with a built-in legs. These legs allow you to have it tilted on your desk. You can also keep the legs in & lay your Cintiq Pro 24 flat on the table or on your lap if you like, but I am aware that’s not practical for some artists, but it can do for some.

Unfortunately, Cintiq Pro 24 cannot be mounted with VESA mount, as it has a weird 80x495mm hole pattern, which is totally different from the standard VESA mount. That mount is there to mount it on Wacom’s own Ergo stand. This can be deal breaker for some artist. Wacom stated that in a tweet last February that there’s no plan on supporting that mount (I still hope that they change their mind somehow):-

Hi Edmund, unfortunately the Citniq Pro 24/36 is not compatible with standard VESA mounts and there are currently no plans to release an adapter that would make the Cintiq Pro 24/36 VESA compatible. Sorry about that, 'SL.

This post will tell you what you can do to mount a Cintiq Pro 24, and how people managed to do so in clever ways.

Bear in mind that the adapters listed in this post are made by personal efforts. So they may not be guaranteed the same way certified products do.

How To Mount Cintiq Pro To An Ergotron Arm:- The Commercial Solution

By the time I wrote this post. There hasn’t been any commercially available adapter to mount an arm to Cintiq Pro 24. Now time has changed, and recently, there’s one adapter you could order directly from Amazon. Which you could find in the following Amazon links:- 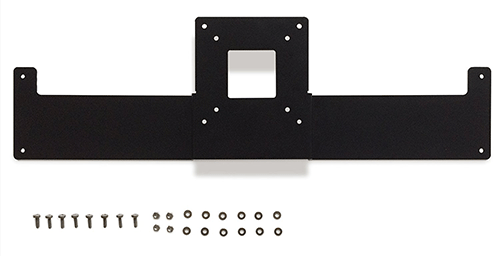 This is nice for those who don’t want to build anything themselves. Dealing with Amazon can make things much easier too. 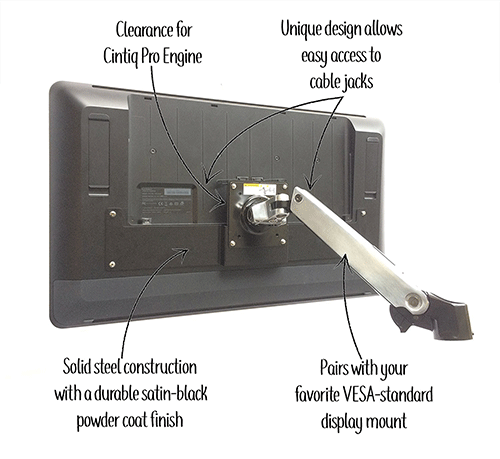 The Adaptiq mount is made of steel, and is textured with Satin. It works with any VESA-compatible monitor mount. This includes the following arms:-

How To Mount Cintiq Pro 24 To An Ergotron Arm, Method #1:- Create Your Own Adapter

Fortunately, it’s possible to connect Cintiq Pro 24 to an Ergotron arm using some sort of adapter, at least in theory. I have seen people have been creating some self-made adapters for them online, so I know it’s possible. I looked for a way for those who don’t want to build their own adapter, and fortunately, I found that way, which is why I made this post to tell you about it. 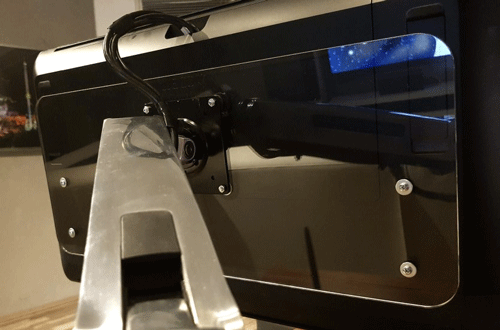 One of the self-made solutions I saw was this elegant adapter made by Hagramunt. To create the adapter, he used 6mm Acrylics & a jigsaw to do that (credit to him for allowing me to post the pictures). 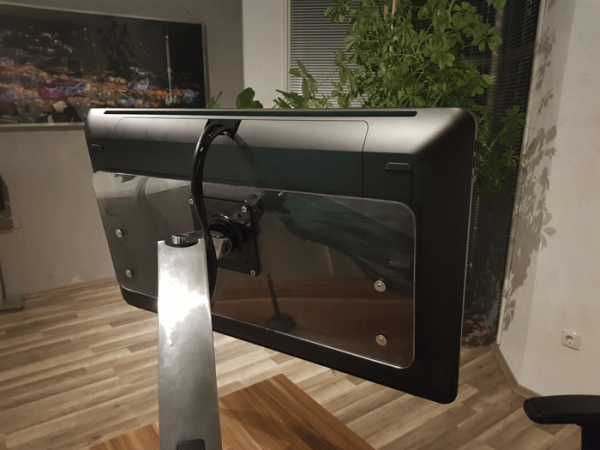 Another good adapter from Cintiq Pro 24’s mount to VESA mount was created by DILeakStudios. To create the stand, he used 2 3mm sheets of PolyMetal. 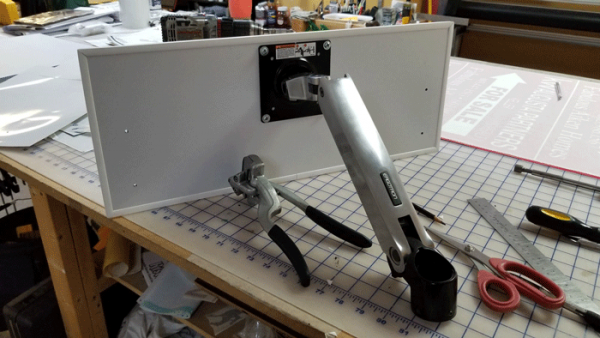 Again, I appreciate his permission to allowing me to use the pictures in this blog. ^^

A 3rd very good option is the following more sophisticated adapter, made by illucere. It doesn’t just allow you to mount your Cintiq Pro 24 to VESA ergotron arm, but it also has cable management as well. To create this mount, he used cut plexiglas, with an aluminium bar for extra stiffness, He sells these adapters as well, but I need to see if he has an order page I could list here.

This adapter cost $75 plus shipping. And it looks good too, as you can see in the following pictures, which showcase the cable management, as well as how the adapter itself. 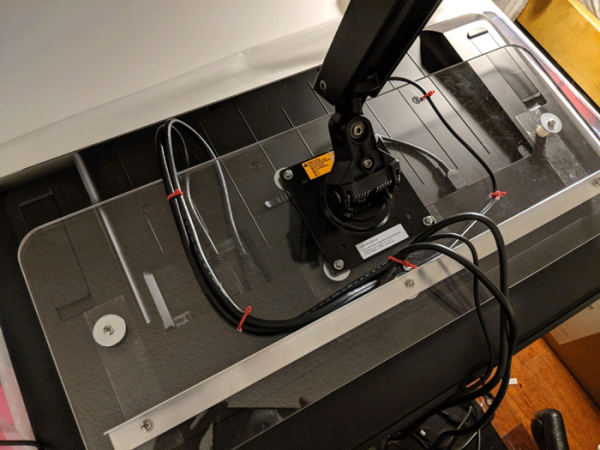 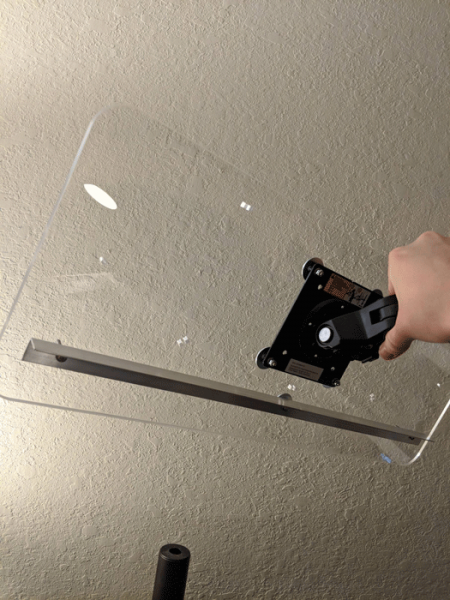 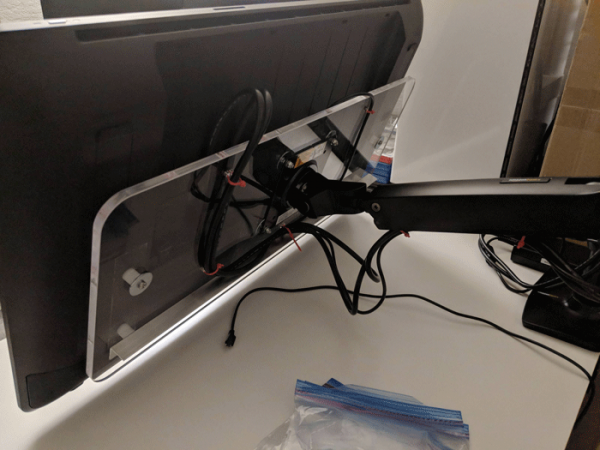 What If I Don’t Want To Build My Own VESA Adapter For My Cintiq Pro 24? Here’s Method #2:- Order An Adapter Directly 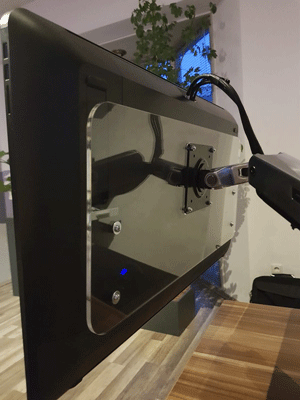 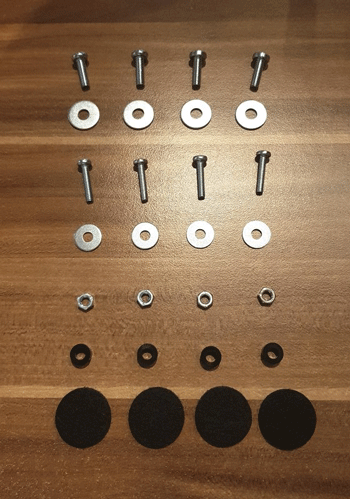 As far as I know, there’s no mass produced adapter to use with Cintiq Pro 24. But Hagramunt can build & ship one to you, in his site, Wacotron.com, he showcases his adapter. In the order page, you can see the prices of the adapter. He ships the adapter to Europe & Worldwide. He already shipped adapters to USA, Canada, Japan, France & Switzerland. To make things easier, he included shipping price to the adapter kit. He accepts PayPal payment.

Check out the adapter kit pictures & order it from here

A Final Word On This Situation

I don’t know why Wacom didn’t support the standard VESA mount in their Cintiq Pro 24. I totally understand that larger Cintiq model may require the stronger Ergotron arms to hold them stably, but that can be solved by buying some of the stronger arms ( I recommended a specific Ergotron model back when I wrote a review for Citniq 27QHD).

I won’t blame some artists if they chose to get Cintiq 27QHD instead of Cintiq Pro 24. It could be an older model, but it’s still a great drawing device.

I hope this post has helped you connect your Cintiq Pro to an Ergotron arm, or any VESA mount for that matter, and happy drawing. ^^