After over 3 years of getting the last MobileStudio Pro model. We finally got an upgrade of Wacom’s portable computer with an integrated Cintiq in it. In many ways, it has some of the basic features of the previous model, like the rocker buttons, express keys, SDXC card reader, screen resolution, pressure sensitivity & more.

Upgradability is one of the best things this new model came up with, though the one & only available configuration is good for most people. Upgradability ensures your already expensive device won’t get obsolete anytime soon. It was one of the things I wanted a new model to have, which I discussed in my post 4 things I want to see in MobileStudio Pro 2 (the MobileStudio Pro successor) are there. Overall, you’re allowed to the SSD & the Ram. Having a stand out of the box is one more thing I mentioned in that post, as the previous model didn’t come with one, and we had to literally wait for years for that stand to come out.

As with the previous model, the lack of a regular USB-A port can be a bit annoying for some people, as you may have to carry a dongle to have a regular USB port. That also goes for HDMI port as well.

I sincerely hope there aren’t any reliability issues with this new model. As the previous model has had its share of these. We will wait and see what the future holds for us here.

I consider MobileStudio Pro 2019 to be a bit expensive, even by Wacom’s standards.

You can check the price & availability in the following Amazon & eBay links:-
#CommissionsEarned 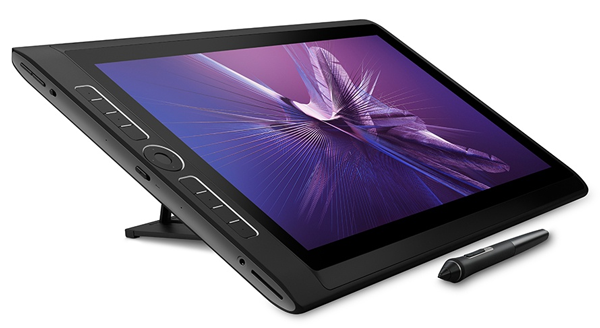 For a portable device, MobileStudio Pro’s 16-inch screen is considered good. It supports 4K resolution (3840 x 2160 pixels), which some artists prefer for drawing. With a color gamut of 85% RGB, which is good, but lower than the Cintiq Pro, which has a 94% gamut.

Since MobileStudio Pro is a full-fledged computer, it’s imperative we take a look at its specifications.

These are quite good specifications to work on the go. It can be a main computer for many artists.

By the time of writing this article, this is only one configuration of MobileStudio Pro. Unlike the previous model, which came in multiple configurations, each at a different price point. If you only need MobileStudio Pro for simple sketching and the like, then it can be quite expensive for the task.

MobileStudio Pro’s screen has an Itched glasses, which aims to provide a paper-like feeling while drawing. Artists who prefer rough surfaces will be happy about it. Artists who prefer slippery surface, or are afraid the roughness of the surface may wears down the pen nibs may have to install a screen protector to help them with that.

The active drawing area of MobileStudio Pro is 346 x 194 mm (or 13.6 x 7.6 inch), which is almost identical to the Cintiq Pro 16. The drawing area is kinda close to the medium Intuos Pro, if you want to compare it with Wacom’s regular tablets.

What is pressure sensitivity?

Pressure sensitivity is the feature that allows you to create thinner or thicker lines based on the amount of pressure you place on the surface with the pen while drawing, similar to what you can do with traditional pencils. It can also be used to control brush opacity and other things, depending on your art program. You can read more about it in my post here.

What is tilt sensitivity?

It’s a feature in graphics tablets & pen display, which allows you to vary your brush strokes by tilting your pen. It’s similar to what you can do with traditional pencils.

Among the 3 ports on the side, the middle port acts as a USB3.1 Gen2. The nice thing about the 3 ports is that you can plug the cable power to any of them. As that was the case with Cintiq Pro. (However, you must plug it into the middle port the first time though). 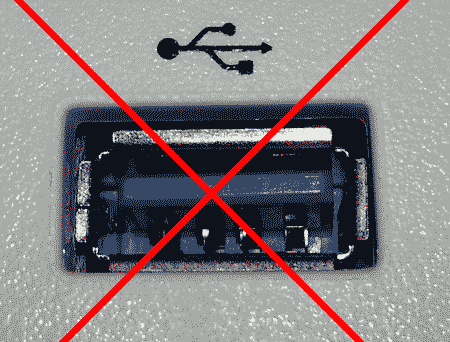 As you may have noticed, MobileStudio Pro has no regular USB-A port. Giving the lack of the regular USB-A port, as well as HDMI port, you should be prepared to carry at least one or two dongle around, for in case you needed these ports.

If we took the owners of Macbook Pros as a case study, some of them didn’t have any issue carrying them, while some others hated being forced to do so. I personally belong to the second group. 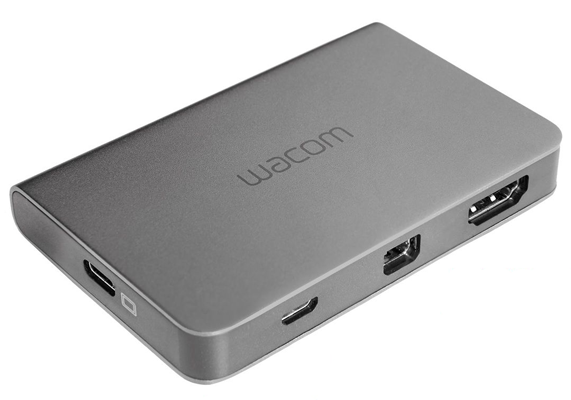 MobileStudio Pro can be connected to your computer

Use if with your desktop or laptop using the optional Wacom link converter. The lack of HDMI port in it is not issue here.

In case your computer have a USB-C port, and you wanted to use it connect your MobileStudio Pro to it. Make sure the USB-C port you have supports alternate mode, which is the mode that allows USB-C port to connect to an external display.

You wonder why one would connect a full-fledged computer like MobileStudio Pro to another one. It’s because some people prefer to work on their own setup, with multiple screens & all. Some artists have a computer way more powerful than MobileStudio Pro, and they would want to do their painting and retouching on. That’s particularly the case with 3D rendering, which requires all the power one would ever need. 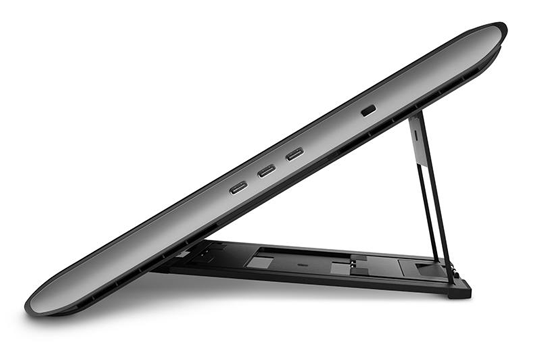 This is one of the 4 things I hoped the new MobileStudio Pro to have. I am glad it happened. To give you some history, the stand for the previous MobileStudio Pro model was sold separately, and was delayed for a long time. To the degree I wrote a post about 3rd party stands for it. The post is still valid if you didn’t like the official stand for MobileStudio Pro:-

What are the best alternative 3rd party stands for MobileStudio Pro & Cintiq Pro? (Covers both the 13-inches & 16-inches stands). 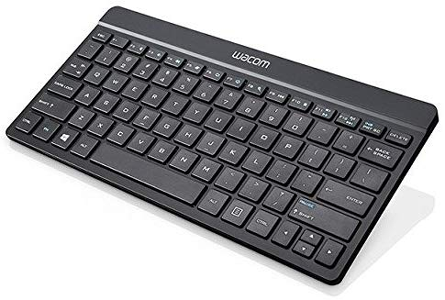 For few years now, Wacom has been offering an optional Bluetooth (Sold separately), for in case you wanted a small keyboard to fit into your backpack. It’s small enough to fit below the stand when you are not using it too.

While that’s all nice and all, in all honesty, I don’t see any particular benefit to buy this particular keyboard, compared to any other Bluetooth keyboard you could buy anywhere else, and for probably much less, but it’s a nice option to have.

MobileStudio Pro has 8 express keys. If you’re not familiar with Wacom devices, these keys can be customized to do all sorts of keyboard shortcuts, mouse clicks & more.

Besides the express keys, there’s also a rocker button for doing tasks like changing the brush size.

Having expresskeys on the device itself is one of the things I prefer MobileStudio Pro over the Cintiq Pro, which requires you to buy the Wacom Cintiq Remote.

MobileStudio Pro comes with the Pro Pen 2, which is exactly the same pen we keep getting with Cintiq models for a while now. It has two programmable keys on the side, which can be programmed in the same way as the express keys on MobileStudio Pro itself. It has an eraser on the back, which makes it easy to switch to the eraser tool in your art program.

The pen comes with 3 replacement nibs, 2 Pom nibs & 1 felt nib. That’s exactly the same spare nibs we got with the previous model.

The Cameras, And The Removal Of Realsense 3D Camera

MobileStudio Pro comes equipped with two camera, a front camera with 5MP, as well as a read one with 8MP. The previous model came equipped with Intel RealSense 3D Camera for capturing real objects into 3D, but this feature was removed in this new model. 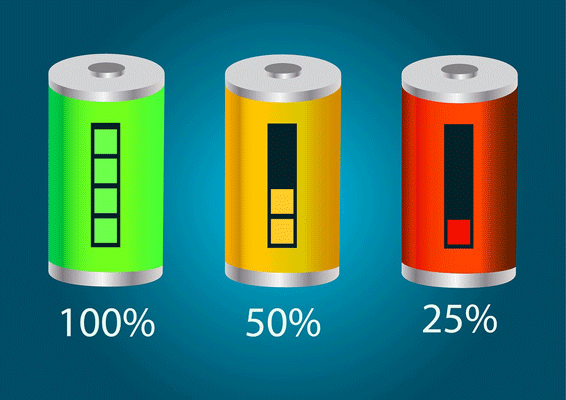 Giving how MobileStudio Pro is equipped with 4630mAh, but I don’t expect it to have a long battery life. Wacom themselves didn’t claim any battery life either.

Unlike the previous MobileStudio Pro model, you can upgrade the ram & SSD storage of this current model. After removing the upgrade cover, you will find two ram slots. One is filled with 1 16GB stick, you can add another 16GB in the other one, and you get 32 GB, in case you need that. You can also replace the NVMe storage and add a faster or bigger one if you like.

This is one of the things I wished to see in the new model, which I mentioned in my post about it.

A Word On The Reliability Of Mobilestudio Pro

So far, everything about MobileStudio Pro is nice and all. Having a compact computer with a Cintiq built in is like the dream machine to anyone who likes to do any creative work digitally. However, I pretty much wonder how reliable it can be, giving how this is the forth device,.

I say this because the previous model had some serious issues, like how the GPU would fry itself, battery swelling issues. It really sucks to chill out a huge amount of money, only to end up with a such issues.

That being said, I don’t think the artists who got burned with the previous models are going to try again, but I hope these problems are gone for good, as the idea of MobileStudio Pro as a product is really cool.

Maybe over time, we will get a much more affordable MobileStudio Pro, either from Wacom itself, or from its Chinese competitors. Until then, I would probably keep recommending the Surface Pro or even iPad Pro to anyone who wants to draw on the go reliably.

It’s still early to judge on the reliability of this model, but let’s hope for the best.

A Final Word On Mobilestudio Pro 2019

When it comes to many areas. MobileStudio Pro is a step ahead of the previous model. The device is still new, so we don’t know much about its reliability for everyday use, but let’s hope Wacom learned their lesson this time. Any of the cons I mentioned in this post has a workaround in some way or another, but having a device with a many faulty issues can be a deal-breaker, no matter how good the device actually is.

I hope you found my MobileStudio Pro 2019 review useful, and see you again in another review. ^^

You can check the price & availability in the following Amazon & eBay links:-
#CommissionsEarned