Unlike One-Point-Perspective, which you only use if you are looking at the object directly. With Two-Points-Perspective, you will be able to learn all sorts of scenes, even if this was the only type of perspective you can draw.

Two-Points-Perspective is the kind of perspective two use when we look at an object from an angle, as oppose to One-Point-Perspective, which we use when we are facing one side of the object. You can see that from the angle we are looking at the building from:- 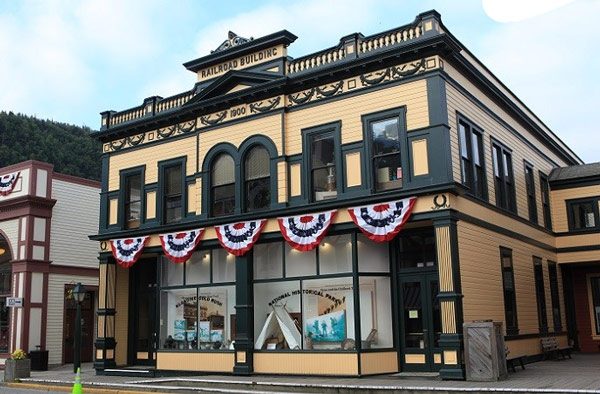 Notice the two sets of receding lines at both sides of the building. Each sets meet at their own vanishing point:-

The same thing goes for this building as well, with the receding lines and the two vanishing points shown as well:- 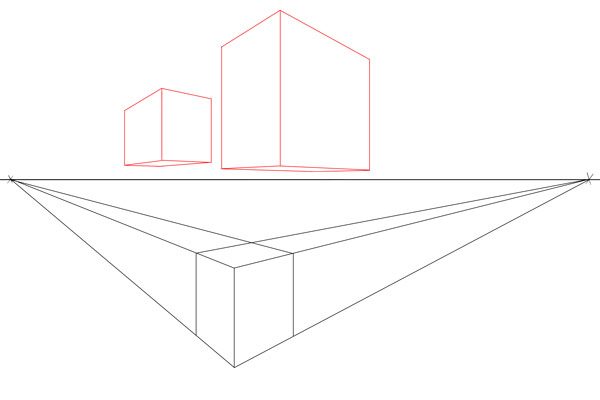 Let’s draw the line at the middle of the page:- 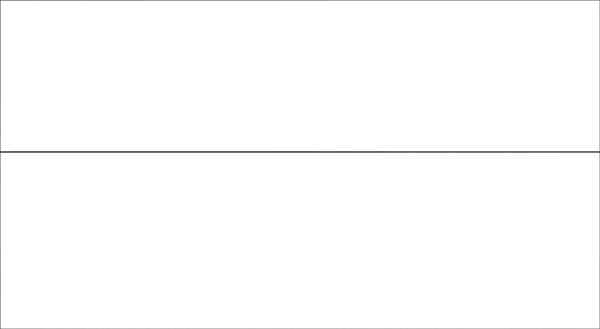 Then we pick two vanishing points. Each at the sides of the horizon line. I placed One of the points slightly away from the side, since I know this makes for more interesting perspective:- 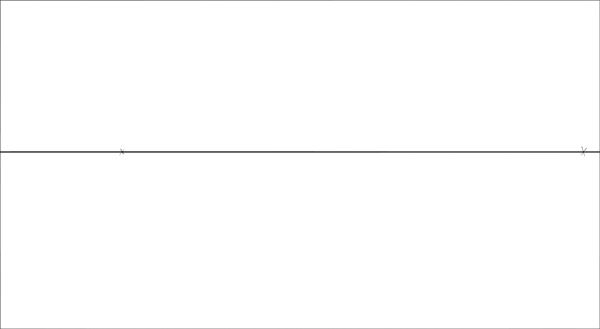 Remember, the two vanishing points always needs to be on the same horizon line.

Just as you may have guessed. like we used one central point to draw the one-point perspective, in Two-Point-Perspective, we will use the two points we picked to help us draw the scene.

Let’s start by drawing a straight, vertical line above the line we drew in the last step, this line represents the corner of the cube we are drawing. The placement of this line determines the angle from which we are looking at the scene:- 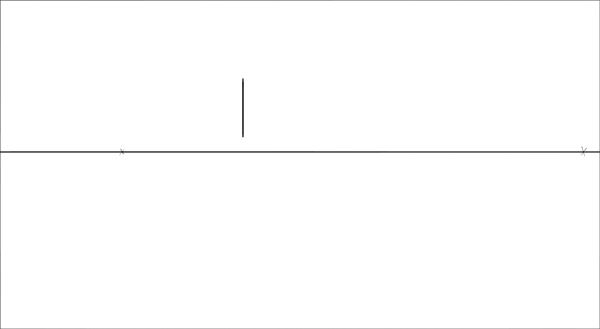 Next, we connect the vanishing points to the tips of the vertical lines we drew in the last step:- 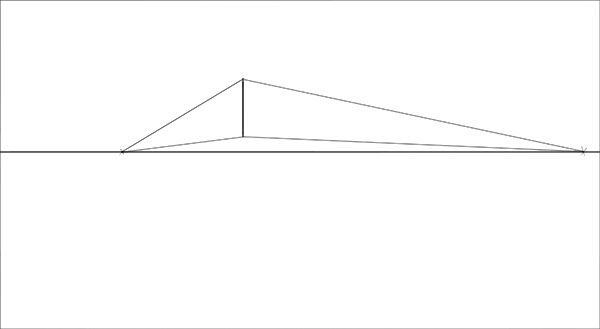 After that, we draw two more vertical lines between the converging lines. The placement of these two lines depends on the dimensions of the cube you are drawing. I picked arbitrary places in this case:- 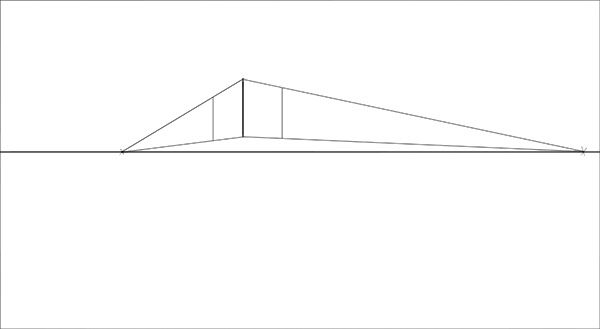 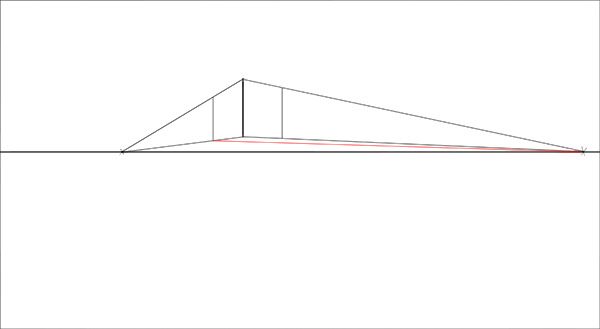 The second line goes from the left vanishing point to the very right corner of the cube. These two lines already make the cube bottom side:- 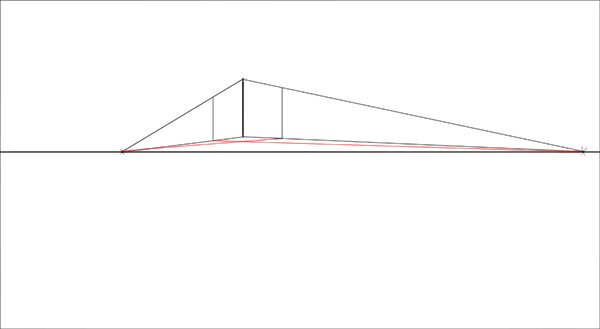 The cube is done. You can continue to adding additional details to it. Like how I added a window in perspective here. All I did was extending two lines from the vanishing point from the right, and then drew two vertical lines to make the window:- 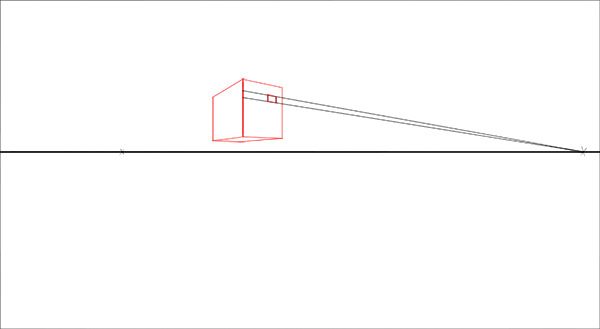 You can repeat the same steps to draw many other cubes in perspective:- 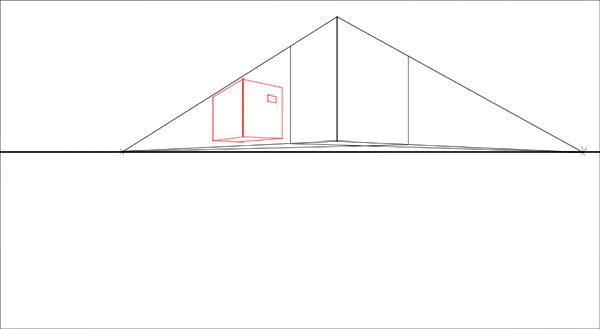 Erase any guidelines you don’t need, and so you end up with multiple cubes in perspective:- 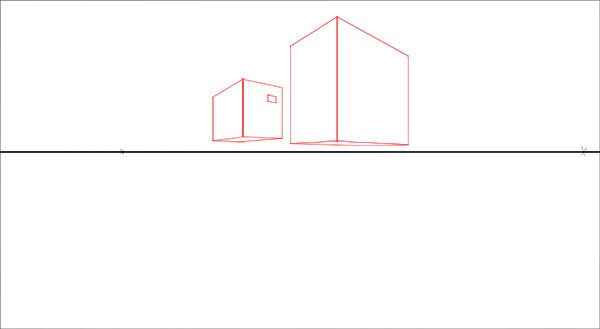 Where to place the two vanishing points?

Since you can literally place your two vanishing points anywhere you want, you may be wondering what’s the best way to place them. While you can place the two points anywhere that produce the angle or perspective you want your viewers to see. Placing them the wrong way can create very skewed perspective.

The thing is, there’s no specific answer that solve this, but there are few tips I can give you that can help you with that:-

Here’s how the relationship between the viewer and the two vanishing points looks like:- 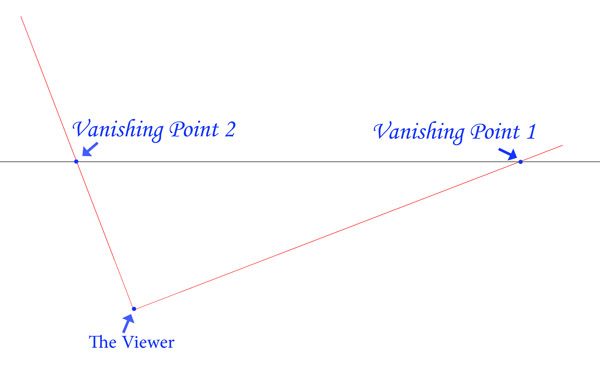 A Final Word On Two-Points-Perspective

Two-Points-Perspective is more complicated that One-Point-Perspective, but it’s also much more useful, as it’s the perspective type you will likely use to draw most of your scenes, and the type we see most stuff in our daily life through. That makes it more worthy to learn.

For that reason, I hope this lesson helped you understand Two-Points-Perspective better now, don’t worry if the concepts in this lesson seemed confusing, as that’s how it feels like at first.