Composition is the art of arranging the various elements of your picture in a way that makes it pleasing to the viewer. It helps the viewer see what the purpose of your picture, all without you telling them anything. It may appear to be a waste of time for some artists, but it’s actually quite important.

I quite like about how intuitive composition is. And how easy to learn compared to many areas of art. It’s makes your final art stands above the crowd who never studied it (though truth to be told, some people are natively good at it).

This series will delve into many of the main concepts of composition. I sincerely hope it covers everything you need to learn about it.

For A Starter, What Is Composition?

The term “composition” literally means “putting together”. It is the art of arranging the elements of your drawing, photo or artwork. Mainly to guide the viewer’s eye toward the main subject of interest in the picture, or to achieve a certain effect. It can be what dictates whether an artwork is boring or interesting to look at.

Composition is something you did to your drawing at an early age. It’s similar to how you used to place a house, sun, road, in your drawings as you were a kid. :) 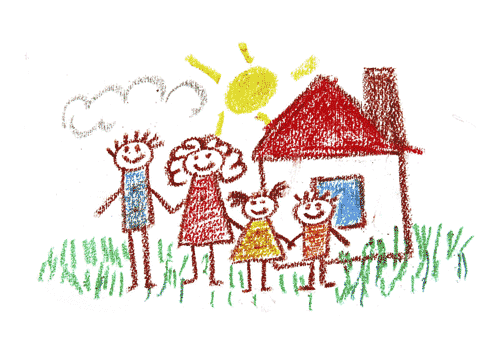 Composition can be very intuitive. You are probably already applying some of its concepts on your own. Despite that, studying it can easily arrange your thoughts & ideas, and help you add new concepts & principles to them.

Composition Is Useful In Many Mediums

Composition is useful no matter what medium you use, be it a digital or traditional painting, graphical design, photography or 3D modeling & rendering. While the concepts in this series can be applied to all of these. This series will be focus solely on composition itself, so I won’t discuss the technicalities of each medium. For example, I won’t talk about the technicalities of SLR cameras or focal point. I also won’t discuss things like rendering techniques in 3D programs. Of course, that doesn’t mean I will never write about them on this blog. :)

What Are The Benefits Of Studying Composition

There are many benefits of studying composition. Some of them are already mentioned in this post:-

Let me show you some examples on these benefits.

Examples Of The Usage Of Composition

Here are some examples of the usage of composition. Many of the examples here will be explained in details in the rest of the series:-

For example, take a look at the following rocks in the middle of the water. Do you notice anything about them? 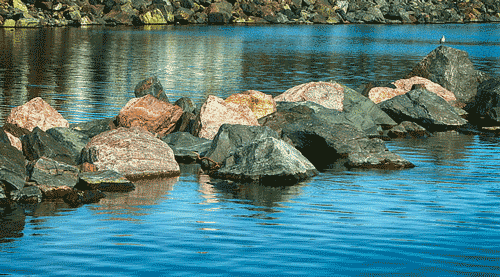 Let me guess, you found yourself focusing pretty much on the rocks. Then your eyes wandered to the water for a bit, then your focus likely went back to the rocks. The reason the rocks attracted much of your attention is how they contrast with the water. Rocks are solid, while water is liquid. Also, the rocks has a quite different color than the water, which makes a contrast between them.

Contrast of one of the composition concepts that I will dedicate a post just to talk about.

The apple in the digital painting below are not placed at the middle of the picture frame:- 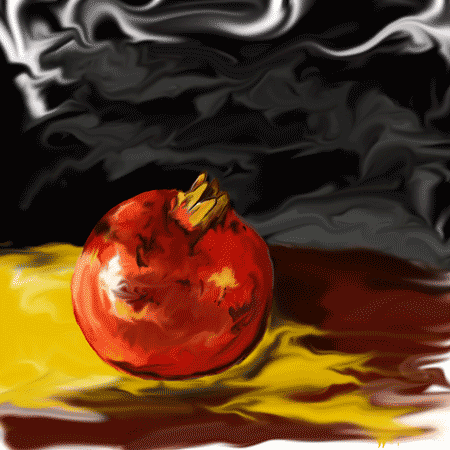 This was done on purpose, as it follows the Rule Of Thirds composition technique, where we divide the picture into 3 equal parts horizontally, and 3 equal parts vertically, creating a 9 X 9 grid. The apple is placed in one of these intersections:- 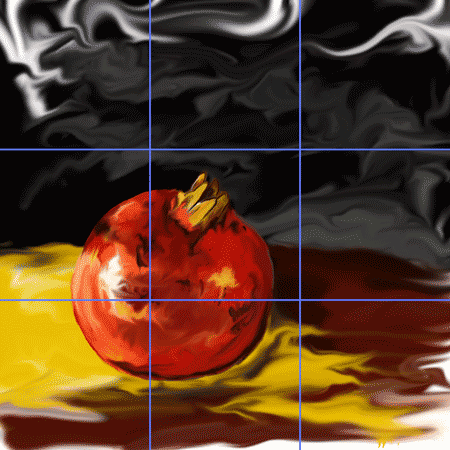 Generally speaking, Rule of thirds is all about placing the subject off the center of the picture frame, which creates more space for the viewer eye to wander to. This technique will also get a dedicated post to it in this series.

The way the following image was taken (or rather cropped), makes the horizon line closer to the top of the picture. That shows us more of the beach and the rocks. In other words, it makes them the object of focus & attention of viewer:- 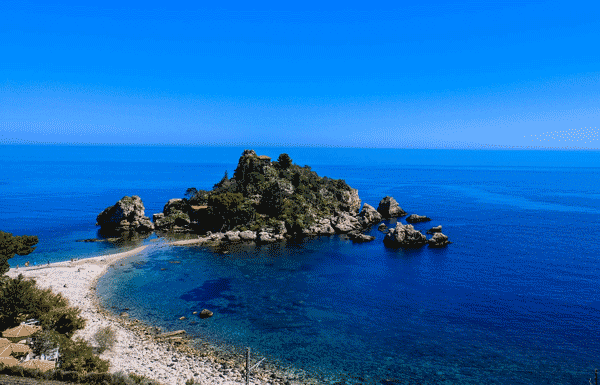 Tip:- The beach & rocks are the object of interest because I chose them to be so. I could have made the sky or other element the focus if that was my goal.

Let’s pick another picture. The main object of interest is the man that’s close to the middle. 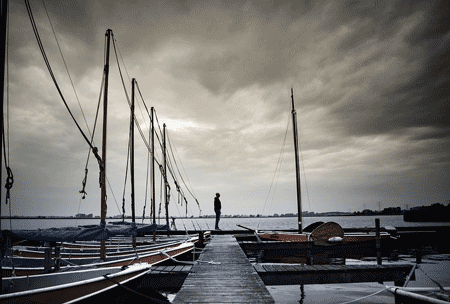 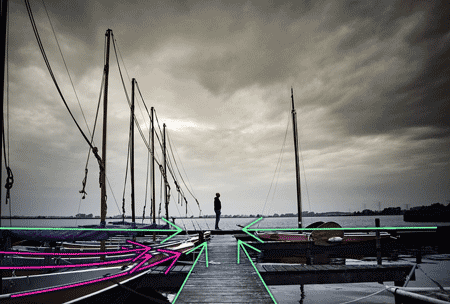 Also, the contrast between the man’s shade & the light background makes him stand out among all the elements in the picture.

This bird image below is an example of bad composition. As the bird is the only subject in the picture, and is placed in the corner of the frame, making the image appear very unbalanced:- 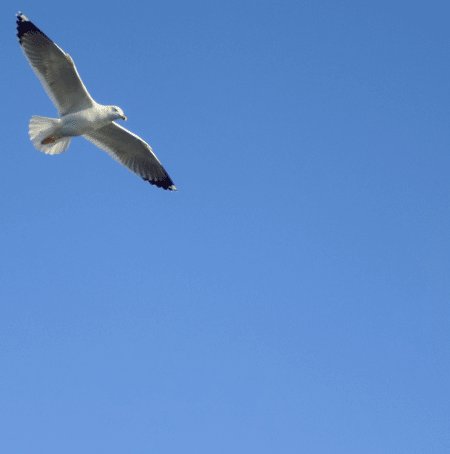 Cropping the picture can fix this problem. Introducing another element into the picture is another (though in case of Photography, you may not have the luxury of adding elements to your image as you please).

The Journey For Learning Composition Has Just Begun

There are many composition concepts. Some of them are mentioned here, and some that will be introduced later. The more concepts you know, the better you understand and apply composition on your pictures. Many of these concepts overlap, and can be used together in many cases. In the rest of the series, we will take a better look on these concepts.

– My Drawing And Digital Art Books
– Getting started with Wacom graphics tablet and Digital Painting With Photoshop: Learn Digital Art & Paintings On Good Fundamentals
– Getting Started In Digital Art (or digital painting) for beginners, and what you need to know from the start
– 8 Tips On How To Create Smooth Lines with your graphics tablet (or pen display)
– How to avoid stiff poses and drawings?
– Introduction to drawing proportions, and how to get it right (With practical example).
– Best Affordable Pen displays and Cintiq Alternatives to buy in 2018 – Including Huion, Ugee, XP-Pen, Monoprice & other brands
– Drawing Series- Introduction of drawing in perspective, and how to draw in things in perspective