In the previous post, we looked at principles of composition. While the post explained each concept in some details. It was hard to explain everything about each concept in one post. So I opted to have a dedicated post for some of the most important principles.

As the title implies, this post will focus on the movement principle. It’s an important principle, after all.

As a little reminder, this post is a part of a series about art composition, you can refer to the first post of the series here if you want to read the whole series.

Unlike the other composition principles. The movement principle has 2 meanings, both are useful in composition. The first meaning is the movement of the subject in the photo or artwork. This movement can help with building its composition.

The second kind of movement is the movement of the viewer’s eye around the artwork. That could be achieved even if the subject is not moving at all. It’s often accompanied with some of the other composition principles.

For the sake of simplification, we will take a look at each of the two definitions one at a time.

This is a very straightforward definition of movement. It’s where the subject of the picture, or part of it, was shot while in the state of moving.

This benefits the composition, as the eye could follow the subject’s movement. It also implies that something is happening in the picture, which may cause the viewer to think of that. 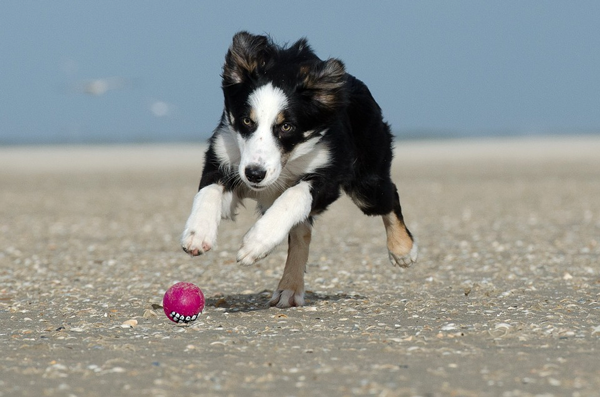 The same dog is running below, but this time around. Following its movement doesn’t get us to know where it is heading. It could be running toward its owner or something, we don’t really know:- 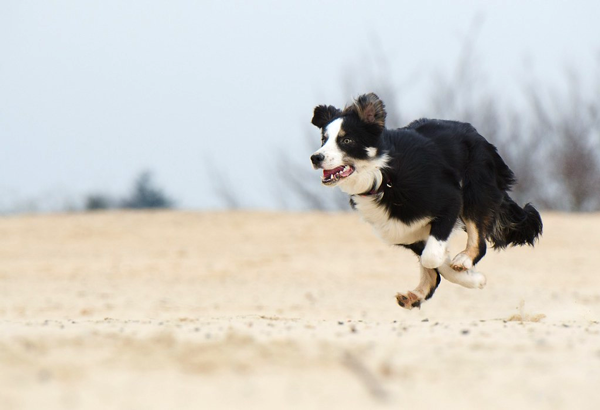 When we discussed composition principles, we looked at the following dancer. He’s in mid-air, and that will cause us to think of what is going to happen after that. Like how he’s likely going to land and perform the next move of the dance:- 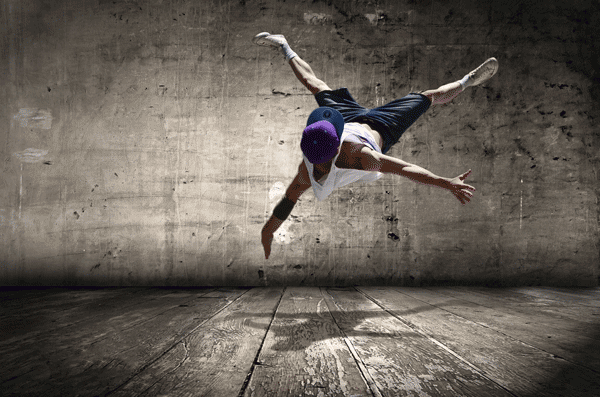 This fighting scene is full of action. It won’t be as interesting if the two fighters were standing on the ground, facing each others:- 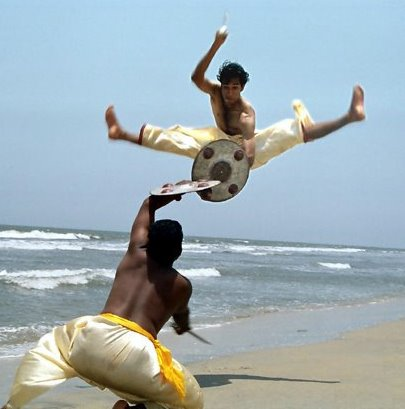 While moving subjects is a simple concept. It’s worth applying to your composition. In case of photography, timing is a key, and taking some pictures a moment late can cause you to loss a great shot. In case of painting & artworks, you have all the time in the world, but you have to make sure the movements are realistic, which requires studying anatomy & proportions.

Eye Movement Around The Artwork

Guiding the viewer’s eye within the composition is the second meaning of movement. It’s one of the reasons we study composition in the first place, as it will help us tell a story with our pictures.

There are two kinds of eye movement:-

In any of these two kinds, the eye will follow a different order that’s different in each picture, rather than predctably look at the middle, or scan it from left-to-right.

The following row of houses creates a rhythm, causing the eye to move from one house to the other. 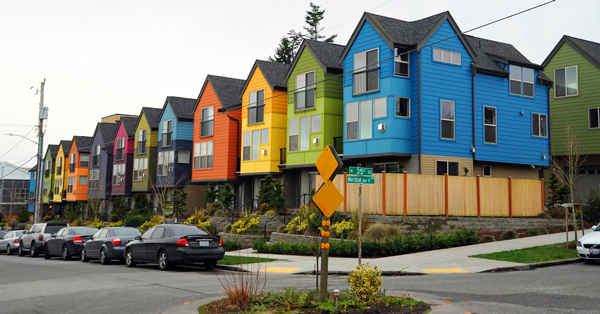 Receding lines of perspective can help guiding the eye toward something. We follow the rows of trees toward the end of the road (or the vanishing point). The rows of trees are also helping us with that:- 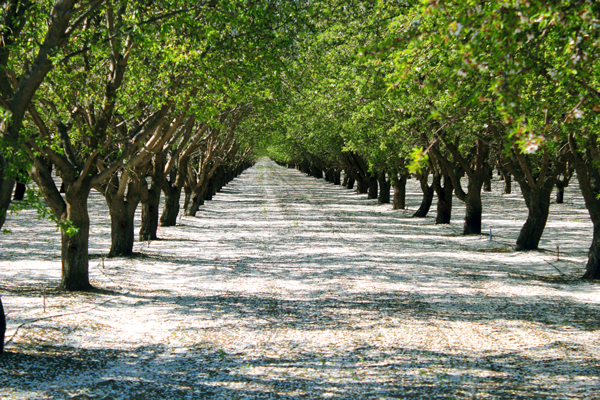 Speaking of roads, winding roads lines are followed as well:- 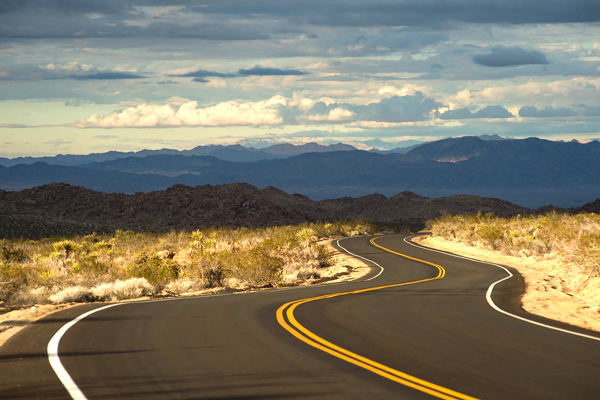 That picture has more movement lines than the winding road. The eye would also lay and follow the lines of roads and mountains:- 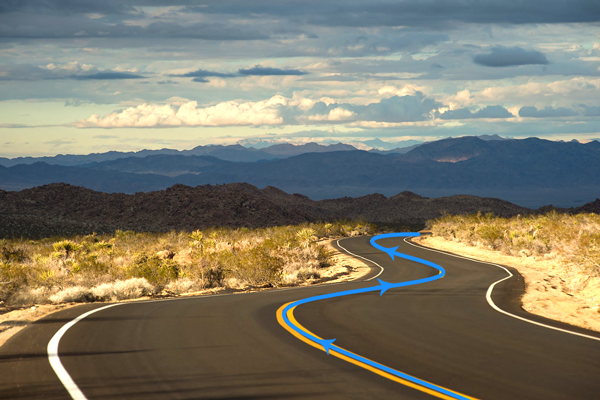 Contrast is one easy way to guide the eye toward a certain element. It’s easy for the eye to divert toward the shade of the guy, as it contrasts with the light through the picture:- 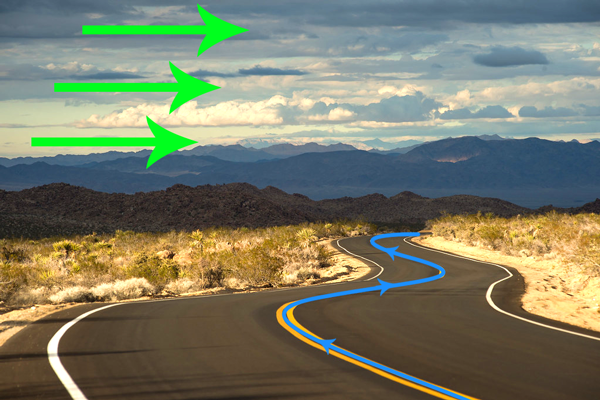 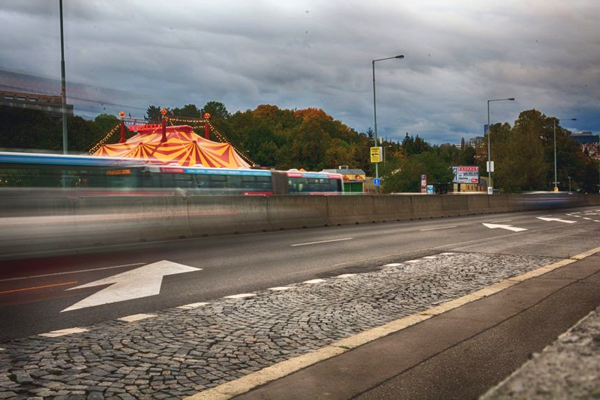 If you’re to shoot a picture like this, you may want to reconsider having the road in the picture or not. While the guiding lines can lead us outside the picture, they can work to do quite the opposite. This is called frame-within-frame.

Keeping The Eye Inside The Picture Frame Using Frame-Within-Frame

One special kind of guiding lines is called “frame-within-frame”, where some of the guiding lines act like a frame. These frames can keep the viewer totally within the picture. The way we are looking toward the clearing in this picture clearly guides us toward it:- 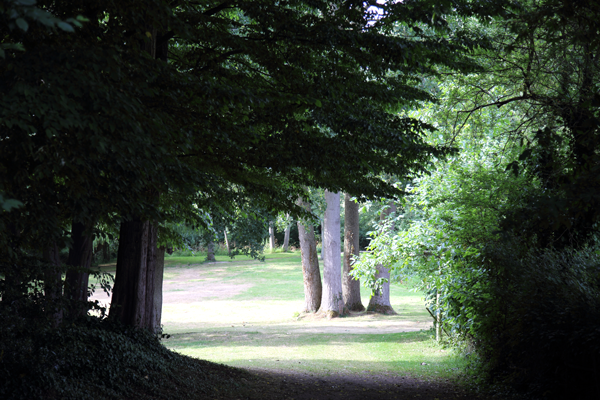 A very common example of frame-within-frame is pictures of windows. Observing nature through the window below, and from inside what looks like an old house is a good example of that:- 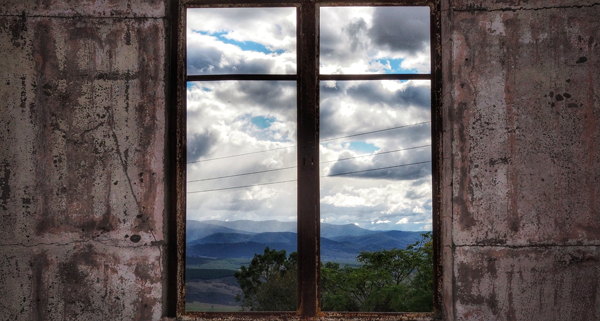 Not only the window keeps us inside the picture frame, but it also makes us wonder what kind of environment we are looking from? Is it to show us the suffering life someone is living? Or is it an old house we tried to explore during a vacation? As you most likely noticed, the house worn out wall contrasts with the beautiful nature outside.

The Two Definitions Of Movement Can Work As One

The two movement definitions can work together in the same picture. The subject could be moving, causing the eye to follow its movement.

In the running scene below. There are all sorts of movement, from the two guys at the foreground, to the two riding bicycles. The eye will follow their movement toward the end of the road. The receding lines of the road also help along with that:- 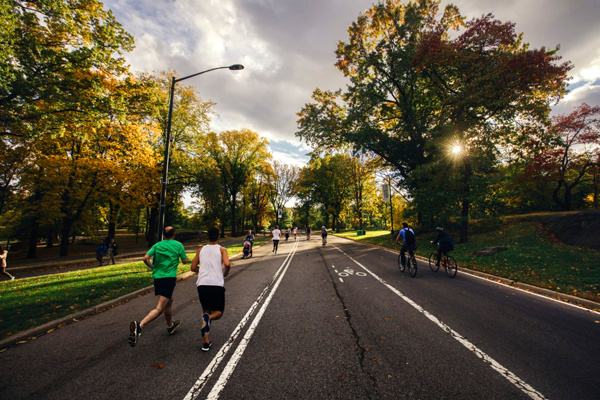 The snake below is moving forward, and the snake’s curves serve as guiding lines that lead us toward that:- 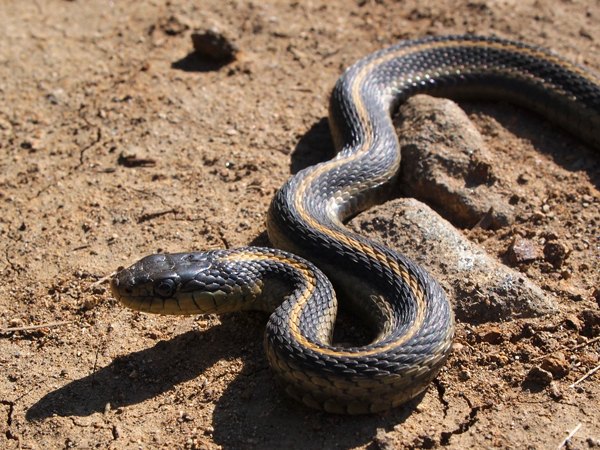 How About Art Movements?

The term art movements refer to trends or styles many artists followed through history. It is totally unrelated to the movement principle of composition, or even to the composition of the pictures themselves, but it’s a term you will hear about in art discussions. While it totally has nothing to do with composition, it’s good to know a bit about. Feel free to skip to this part of you’re not interested in that.

Here are some art movements I picked on my own:-

There are way more art movements than these. In fact, one could write a whole book just to talk about each of them, one by one.

Let’s take a look at some examples of art movements~

This is an example of impressionism:- 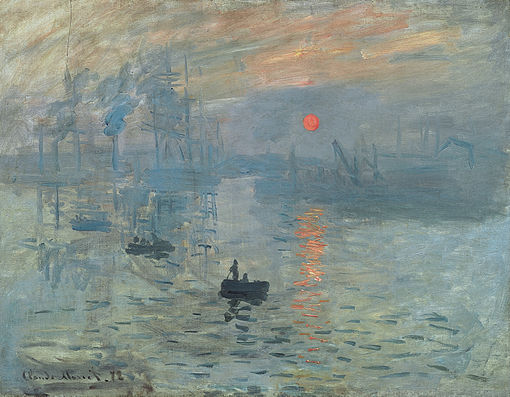 And here’s Rococo, one of my favorite movements at the time of me writing this post, notice the colors used type of ornaments used in there:- 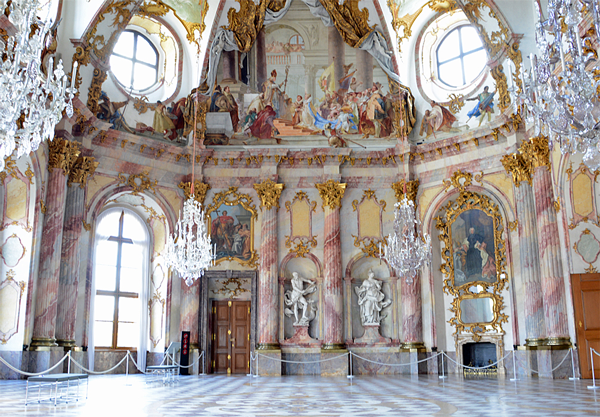 And this is an example of surrealism, featuring a mouse made of a clock & some other objects. Some other examples of surrealism can be quite bizarre, or even nauseating, to look it:- 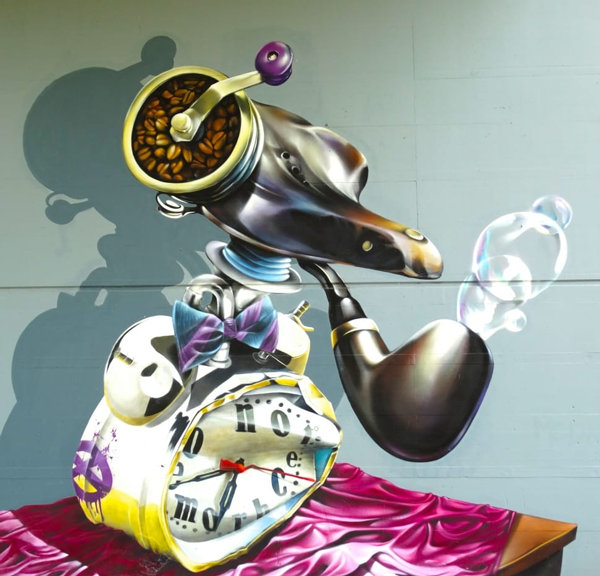 This statuette of a woman is in early example of bronze age art, and is known as Stargazer:- 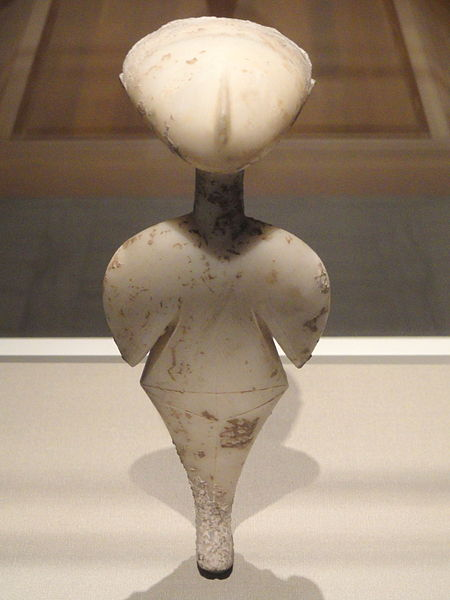 A Final Word On Movement