Following are the best pen displays reviews I have done in this blog, including both Wacom Cintiq pen displays, as well as other pen displays from Companies like Huion, Ugee, Monoprice & Yiynova:- 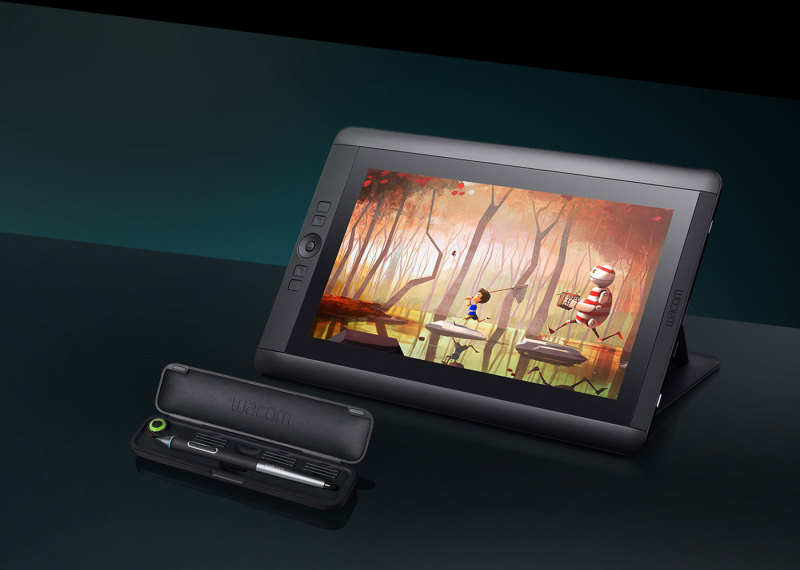 Wacom Cintiq 13 Pen and Touch is the newer model of the Cintiq 13HD, but with touch gesture, which gives you the ability to use the pen display without the need of the pen is the main new feature in it, something that can be very handy for your productivity, especially with the new screen-controls that comes along with it, a nifty feature allows you to change the brush size or zoom using soft touch stripe, as well as 8 soft buttons that you can access all using your fingers.
In case you don’t want touch, or want to save few bucks and get the Cintiq for cheaper, it may worth it to check out the previous Cintiq model. Which have similar features, like the 2048 level of pressure sensitivity, the HD screen, the 3-to-1 cable. And the pro pen with 9 replacement nibs.
Read my Wacom Cintiq 13 Pen and Touch Tablet (DTH1300K) review. 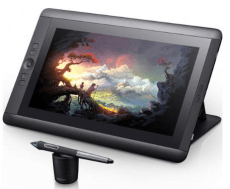 I am aware that this post is about Wacom Cintiq alternatives. But it is still worth it to mention the cheapest option you plan to get an alternative for (Which is why I placed it last in the list). While you may have a gripe or two about it. You are surely going to like it. It is the most guaranteed product over here. If you want the Cintiq, and if you can afford it. Then go ahead and get it, it is the pen displays market leader. So you can’t go wrong with it. It will make everything in your digital art better :) 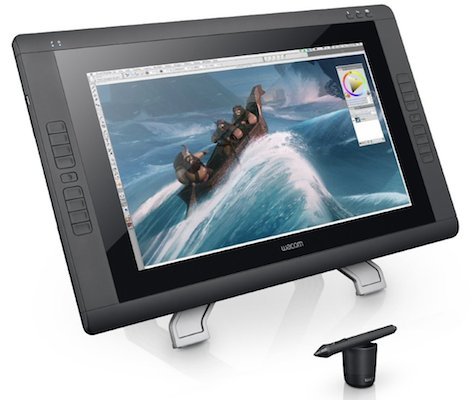 Wacom Cintiq 22HD comes in a sweet spot when it comes to Wacom’s pen displays, it comes in a much bigger screen size that Cintiq 13HD, and is more affordable the the bigger Cintiq 24HD & Cintiq 27HD. Which makes it an a good choice for those looking for a good pen display with a large drawing area.
Cintiq 22HD is a huge upgrade in case you correctly use a traditional graphics tablet, but it is a worthy for you if you want to boost your productivity, especially if you do digital art for living.
Read my Wacom Cintiq 22HD (DTK2200) review. 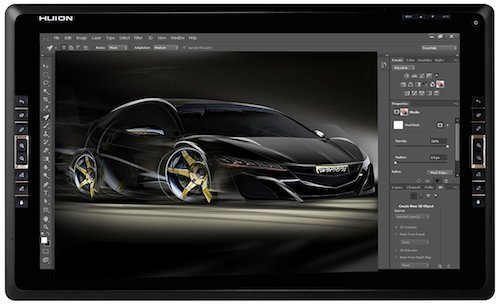 Huion GT-185HD is very affordable Wacom Cintiq Alternative. It is so good that it may be somewhat competitive to the Cintiq, especially giving its size.

When it comes to features, Huion GT-185HD doesn’t lack it, as it features screen with HD resolution and good viewing angles, it is worth to note that this is the first time I see a pen display with that resolution from a company other than Wacom. Huion GT-185HD also features 8 express keys, which is another feature I only see in Wacom Cintiq. Also, this pen display has pressure sensitivity of 2048, and it looks elegant on the top of all that. You only need to be careful about possible dead pixels in the unit you will get, but besides that, I have nothing bad against it so far. Which is why I consider it to be one of the best Wacom Cintiq Alternatives. 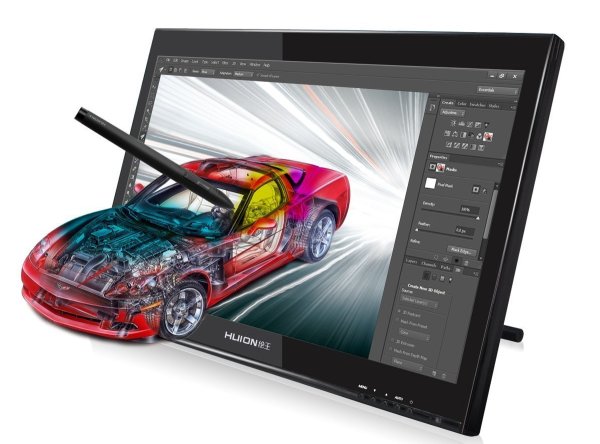 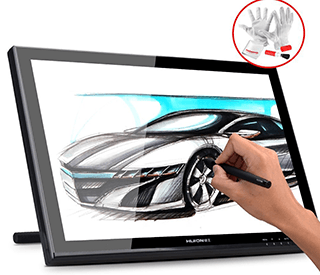 HUION GT-190 Offers a larger screen than the cheapest Cintiq for a fraction of the price, for about half the price of the cheapest Wacom Cintiq available, you will get a 19 inch pen display. with a 2048 level of pressure sensitivity. And a very responsive screen. One that’s compatible with all the major graphics software, and operating systems like Windows & Mac OSX.

It is considered one of many good options if you are just starting out in digital art, and want something better than a regular graphics tablet. 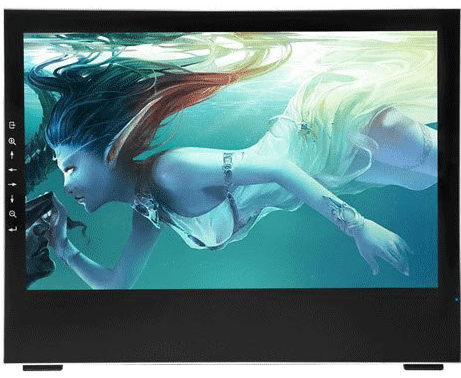 Yiynova MSP19U+ is another very good Wacom Cintiq alternative. Chances that you will like this pen display. As long you don’t mind its shortcomings that are mentioned below. In general, it is very great pen display for art students or those who do digital art as a hobby but don’t want the full features of Wacom Cintiq or can’t afford it. While it is certainly not a full-fledged Cintiq, it is close enough to satisfy most of those who want one. 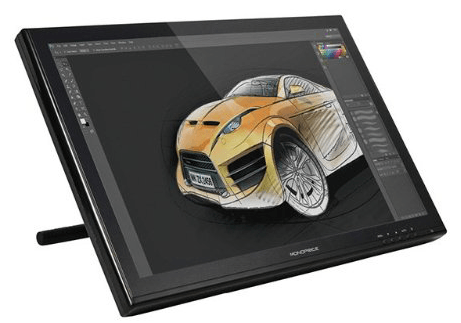 Monoprice 19-Inch TFT is a very affordable Cintiq alternative for much less money. It is great choice if you are new to digital art. Or in case you don’t like drawing using regular graphics tablets.

As long your expectations are reasonable. Or you are a drawing digitally for a hobby. You are going to like this pen display. But bear in mind that you may have to hassle with it a little bit before getting it to work perfectly for you

It is not a perfect Cintiq, but it can do for a starter. If you can afford a Wacom Cintiq, go ahead and get it. But in general, it is a good way to try the Cintiq before buying it.