As some of you may know, I have been learning Japanese for quite a while, and I made been slowly making progress, and now I am the level where I am tempted to read any Japanese text I encounter, just to see if I can actually read it. Sometimes

I manage to do it, but sometimes I don’t.

This post is about one of these times. As you may know, I like to play both old & modern games. I usually play the older games on emulators. I even bought a Raspberry Pi 4 last year, and I installed Retro Pie on a Micro SD card just to have these games in the living room, but I digress. 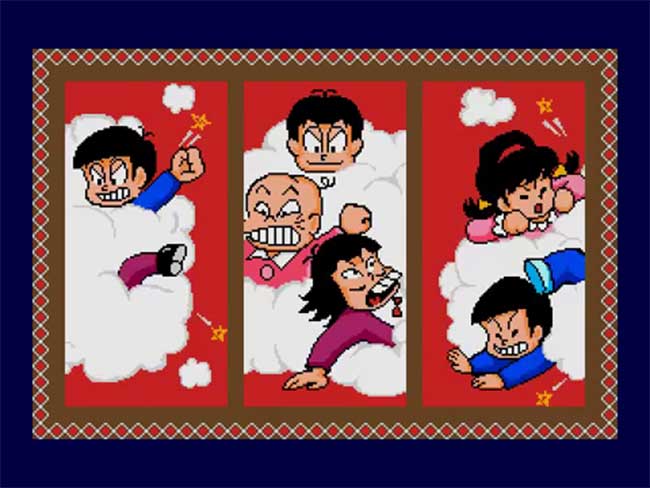 One of the game I played with Otomatsu-kun on the Genesis. The game is in Japanese, but you don’t need to understand a word to be able to play it, as it’s quite straightforward. But I still tried to read the Japanese in it, for reasons I will later explain.

Here’s the screenshot I am going to translate:- 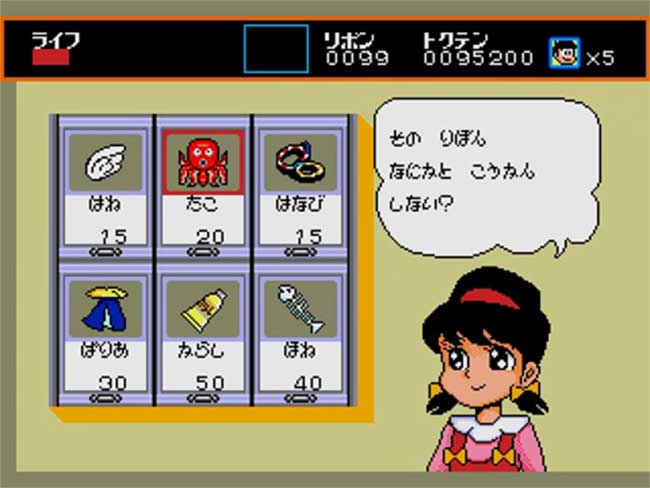 There are two problems I faced with the text in the screenshot. The first one, some of the Hiragana characters were weird. They are written in a very different style from what I have experienced. It turned out these are styles used in Japanese handwriting. So it made sense I wasn’t able to recognize them.

Almost all the other characters would be easy to identify if it wasn’t for the low resolution of the screen. For example, the Hiragana な (na) looked pretty much like the kanji 存 in there, which confused me for a bit.

The second problem was how everything was written in hiragana. There was no single Kanji in there. Writing in Hiragana only is common in children book, and the game could be pretty much aimed at them.

Anyway, upon examining the characters one after the other, I managed to decipher the whole thing. It pretty much says:-

Which is kinda equivalent to “These ribbon, won’t you exchange them for something?“. Not quite, but you get the meaning.

In my opinion, it would have been much easier if they written them as follow:-

While it may not be a huge deal, I am glad I managed to understand what the Japanese in the screenshot said. Translating things like that is more fun that actually studying the grammar or memorizing Kanji, to be honest. It makes me glad I spend the time learning the language. 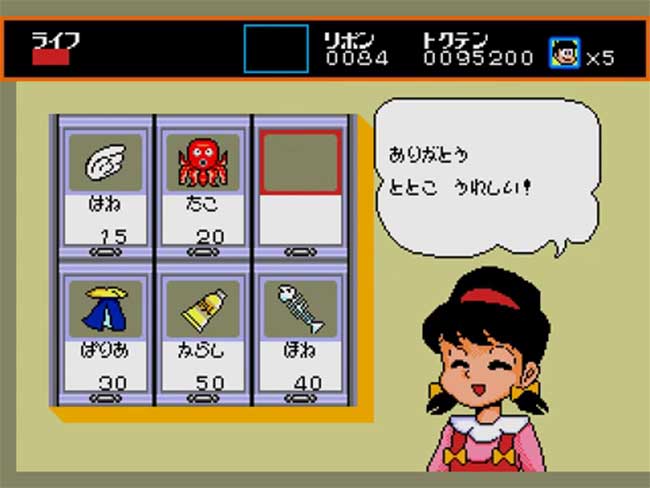