Did The Mouse Cursor Stop Moving With Your Graphics Tablet, Here Are Some Solutions For You

In this post, we will look at some various solution on how to make the mouse cursor move again. Nothing is more irritating than getting to draw, only for your graphics tablet to not work, especially if it was working just a minute ago. These are solutions that worked with me on various graphics tablets & pen displays from various brands.

This solution is particularly useful if you launched your drawing program with elevated permissions (after closing the tablet driver, of course). Your tablet driver won’t be able to interact with it unless it also has the same privileges. This is often the case with Windows 10. You can do that by right clicking on the executable driver file, and select Run As Administrator from the context menu:- 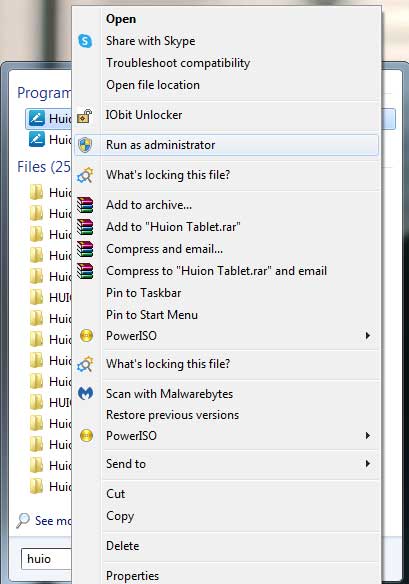 Here are some of the common paths for some graphics tablet drivers:-

More often than not, Windows Ink, the build-in pen feature in Windows, conflicts with graphics tablets & pen displays drivers. That can prevent you from using your tablet to draw, where the cursor drags the canvas instead of drawing strokes, or similar bugs. It can even prevent you from moving the mouse cursor. Many of the tablet drivers provide you with the option to disable Windows Ink. This option can be found in the driver options, and is indicated in red in the following pictures:- 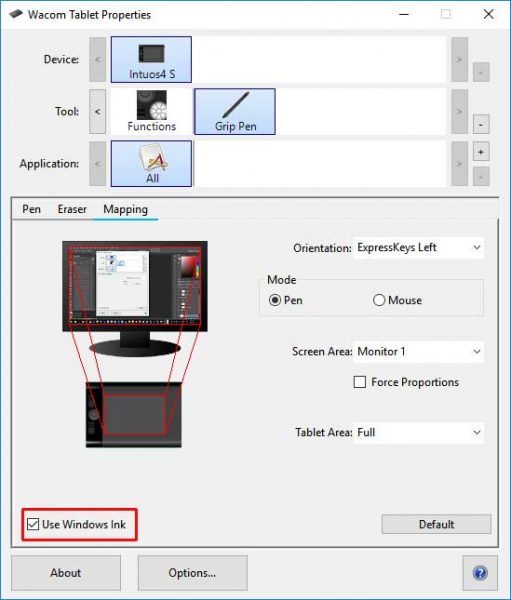 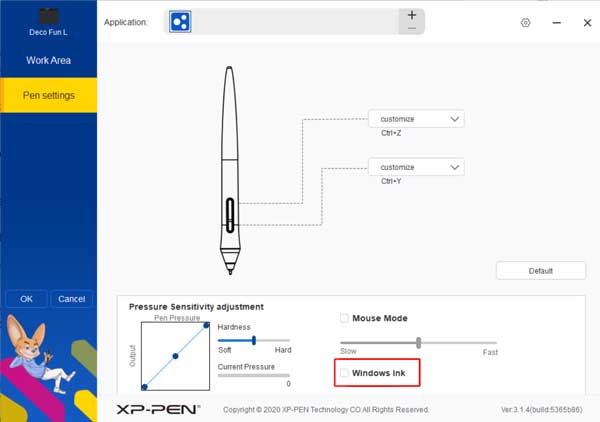 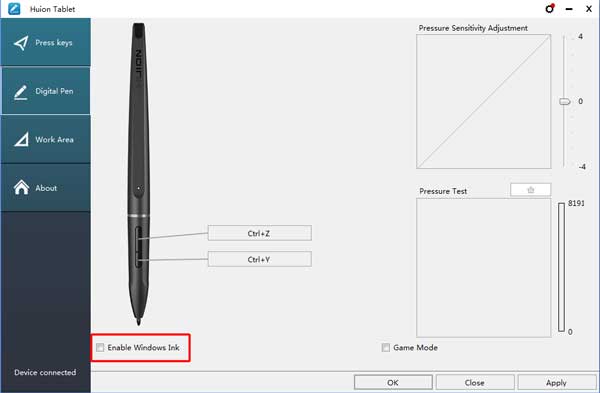 Once you disable Windows Ink, you will know whether there was a conflict or not when the cursor starts moving, or when you are able to actually draw on the canvas.

If the cursor was moving before, then it stopped moving all of sudden, chances that something wrong happened in the tablet driver. Restarting it can solve this issue. Sometimes, you will have to restart the driver few times before the cursor start moving, which is silly, but at least it gets you going for the time being.

Here’s how to restart the driver with various tablets:-

Unplug Then Plug The Tablet

This is a similar solution to restarting the tablet driver, and it can be what’s needed in case the issue has to do with the port or the cable not being connected properly. You may have to do that few times to get the mouse cursor to start moving again. To be honest, I personally prefer to restart the driver over this solution.

If the mouse cursor issue kept on happening, and if you’re having many issues with the driver. You may have to try a new driver version, chances that the new version has many issues ironed out. There’s also a chance that an older version would work better than the latest version (the newer driver is the one that introduced the issues you’re having). You may have to try different driver versions until you end up with one that works for you. Keep a copy of that one, you may need it for a long time.

Did You Charge Your Pen

This applies to graphics tablet pens that work on chargeable battery (or AAA battery). This tip may sound obvious, but it happened that I forgot to charge the pen of my Huion Kamvas GT-191 (reviewed here) few times. These pens tend to work for weeks or even months without any need of charging, so it’s no wonder that may happen to us to forget to charge them.

Hopefully one of the solutions listed above has solved your issue, if you know another solution, please share it with us in the comments section, so that I could update this article. Happy drawing! (✿◕ᴗ◕)人(◕ᴗ◕✿)