HICTOP Purse I3 is a great 3D printer for anyone willing to get started with 3D printing, it requires some time & learning to get use to, but at the end, it is worth it if you are willing to put in the time for it.

You may need to replace some parts to fit your future needs, but out of the box, HICTOP Purse I3 generally provides everything you need to start printing.

In case you don’t want to assemble a 3D printer, or you don’t have the time to, there is the option to get a pre-assembled 3D printer, which you can check from the following Amazon links:-

Pros Of HICTOP Purse I3

Cons Of HICTOP Purse I3

3D printing, which is also known as desktop fabrication, thought it is going to be the next industrial revolution (According to Wikipedia), something I find easy to believe, giving enough time, we may end up making a lot of the things we buy from stores these days. And bigger 3D printers will be able to produce things much easier than now and on a larger scale.

Because of that, chances that you want to get started with 3D printing, so you are looking for an affordable one for a starter. You came to the right place, as HICTOP Purse I3 is a good starting 3D printer overall. Which is based on the Purse I3 open-source design.

Getting Started, Assembling HICTOP Purse I3

Don’t want to assemble a 3D printer? Click here for an alternative To That

Since HICTOP Purse I3 is a 3D printer kit, it requires some work & training to get use to, but at the end, the end result is worth it if you are willing to put in the time for it. First of all, and before you could print anything with it, you will need to assemble the printer yourself, once that’s done, there is the process of calibrating it. Then you are off to go to print whatever you want.

For someone new to 3D printers, you may have some trouble assembling it. To help you with the assemble, HICTOP’s website has video that shows you how to assemble the printer, that video may not be very clear, so you may need to rewatch it multiple of times until you can actually assemble the printer correctly.

As long you don’t mind spending some time tinkering and learning how to assemble & use HICTOP Purse I3, you will end up pleased for the most part.

Now, here is something from reality, there is a good chance you will face some problems during the building process, these problems will differ from person to another, some of these problems are:-

You may face other unexpected issues during the assembly or printing, but there are tons of advice in Google and 3D printing communities out there, the goal of mentioning these problems is not to worry you, but to mentally prepare you for the process.

After assembling HICTOP Purse I3, you need to calibrate it, make sure the printing bed is leveled. For one, you need to use piece of paper to separate the nozzle from the bed. Once the calibration is done, you can start printing right away. 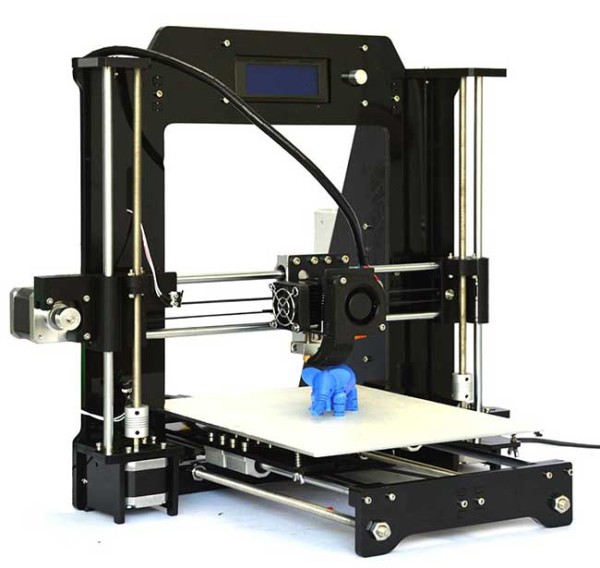 While HICTOP Purse I3 is compatible with both ABS & PLA printing materials, it works pretty much better with PLA, as the maximum printing bed supported it 70°. So unless you upgraded the printer with some additional parts, you better stick with PLA.

Note:- In case you felt lost here, ABS & PLA are the 3D printing materials the printer use to create the objects.

printing with ABS Requires more heat, which is one of the reasons HICTOP Purse I3 doesn’t do well with this kind of materials out of the box. On the other hand, PLA requires less heat to be melted & molded, which is why this printer here supports it better. And in general, PLA is weaker than ABS, but is easier to create detailed objects with.

The models produced with this printer are accurate, which is a nice reward for all the work you took to assemble it.

HICTOP Purse I3 comes with Cura software, which is a free Open-Source 3D printing software. The software does everything for you, but you can get to play with many things in it, like if the model will have a Raft (base), or support (thin material to support the handing parts of your model). As well numerous of other settings, like the infill, which determines how solid your final object will be.

Besides Cura, there are many other 3D printing software to try out as well, in case you wanted to try out other software. Like Repetier Host & Pronterface

Just like a personal computer, HICTOP Purse I3 can be upgraded by replacing existing components, or by adding new ones, which will add to its capabilities. As the things that comes with the printer may not suit your needs on the long run, or may not last at all for long-term usage.

For one, HICTOP Purse I3 can be upgraded to dual-extruder settings, which will allow prints with two colors in them, with each extruder will contain filament with different color. just, like how the following video shows you a Purse I3 with this function, see how the printed cone had two colors in it:-

Note:- While the printer shown in this video follows the same design as HICTOP Purse I3, it is a different printer model.

Another upgrade can allow the printing bed to be heated up to 100°, which mean with the right parts, you will be able to use ABS filaments with it as well.

Things You Can Make Using A 3D Printer

The things you can print with your HICTOP Purse I3 are unlimited, there are many sites where you can download models to use in your prints, but to show you some prints right here:- 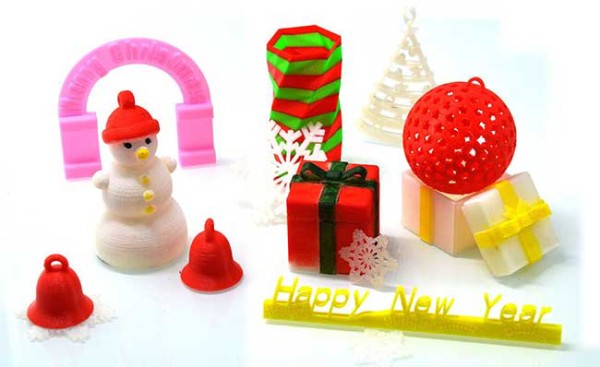 If You Don’t Want To Assemble A 3D Printer, Ready-Assembled 3D Printers?

Not all of us like tinkering and all, and some of us are used to buying gadgets that works once you plug it & then install the driver. So why 3D printers shouldn’t be the same? In fact, there are 3D printers that are pre-assembled, and ready for you to use right away.

The problem with that option is that the printer can be more expensive compared to a kit. But it may be worth it in case money was not an issue for you.

In case you are looking for such printers, feel free to look at what Amazon has to offer when it comes to them:-

HICTOP Purse I3 is a good 3D printer kit to start with this big new world of creating object. One good thing about it is that you can get it now for a good price, then upgrade it to do more once you get the money, or once your needs increase. Assuming that is the case, you should expect the final cost to be higher than the initial cost of this 3D printer.

I hope you liked my HICTOP Purse I3 review, and see you again in another review. ^^