XP-Pen 22″ is a nice affordable pen display & Cintiq alternative, it is very similar to Ugee UG-2150, which is the same product I reviewed here. It supports a 2048 level of pressure sensitivity, and features a nice 21.5 inches HD screen. It supports many display types out of the box. You may face some driver problem with Windows 10 with this device, but even then you will still be able to use it at the end. It is a pretty much a product I recommend to anyone looking for an affordable pen display to get started with digital art, or for anyone who wants to an affordable upgrade from a regular graphics tablet. 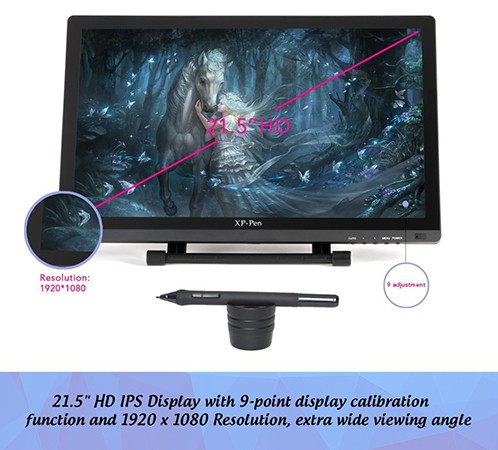 XP-Pen 22″‘s screen is an IPS panel screen, a type known for having good colors & wide viewing angles. That mean that the colors won’t change much when you view the picture from different angles. Unless you looked at it from a very narrow angle.

The screen size is about 21.5 inches, and has a HD resolution of 1920 X 1080. The screen is made of glass. This means two things, first, if too much light was cast on the screen, then the screen will act as a mirror, making it harder to use, this is easy to fix by placing the monitor on a place where not much amount of light falls on the screen.

Second, it means that the drawing surface will be sleek, this can be good or a bad thing depending on your preferences. If this is the first time you use a graphics tablet or pen display, you may not mind that much.

XP-Pen 22″‘s screen features no touch capabilities, so you can only interacts with it using one of the two pens it comes with. 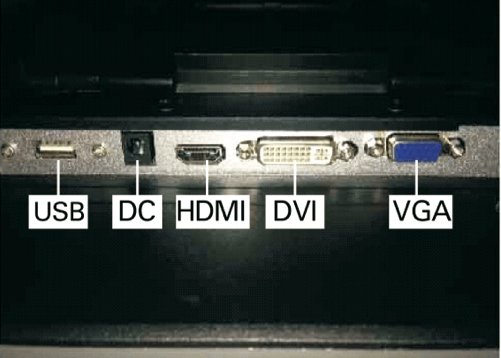 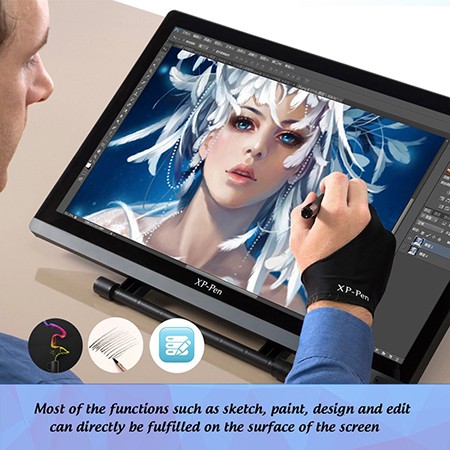 XP-Pen 22″ supports 2048 level of pressure sensitivity, which is typical of drawing devices nowadays. The big drawing area can make it easier to draw & have control on your lines.

Since there is a glass that separates the pen from the digitizer, a slight misalignment between the pen & the cursor on the screen is inevitable. To solve this problem, you will need to calibrate your XP-Pen 22″ to suit the angle you work on. And for that the driver software of XP-Pen 22″ supports two kind of calibration, 4-point & 9-point calibration. The difference between the two is the number of points you point on the screen. Bear in mind that eve after the calibration, there can still be some misalignment at the edges of the screen, but that is due to hardware limitation.

When it comes to drawing your strokes, XP-Pen 22″ requires a more pressure to actually make the strokes appear on the screen. So if you are the kind who make a lot of light strokes, then you may not be happy with that. And unfortunately, the driver software doesn’t give you anyway to adjust the sensitivity of the digitizer. So you pretty much need to get used to drawing with how it comes out.

XP-Pen 22″ doesn’t have any shortcuts keys on it, which are nice buttons you could customize to speed up you workflow. But you can compensate for that by having your keyboard nearby.

Instead of getting one pen, XP-Pen 22″ actually comes with two. The idea is that you work with one pen, while the other one charges. When the pen is charging, a blue led will light to indicate that. The pen battery lasts for a good time, so there is no need to worry about charging it too often. And there is the second pen which you can keep charged. The pen charge by inserting the charging cable at the back of it. Which means that the pen has no eraser there, a feature some artists may miss.

Just like the case with pen displays & graphics tablets these days. The pen has two buttons on the side of it. These two buttons are customizable, but not as much as other drawing products I reviewed, for the most part, you can only set the them to do mouse clicks, which is a shame.

The pen comes with a stand that contains replacement nibs. If you are new to digital art, then it is nice to know that the nib of the pen wears off after you draw with it for some time. So you will need to replace it by then. Having replacement nibs saves you from having to go & buy some nibs for quite some time. 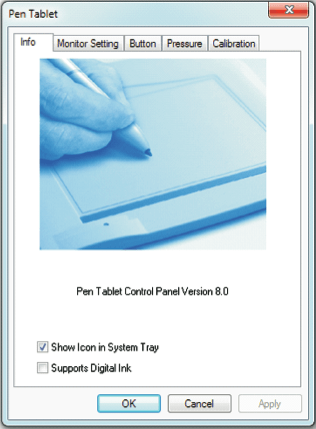 XP-Pen 22″ driver is very basic. For one, it doesn’t gives you much options to optimize the pen buttons, and as I mentioned earlier in this review. There is no option to adjust the sensitivity of the digitizer to suit the way you create your strokes.

If you own a Wacom graphics tablet, then chances that you will need to remove the driver before installing XP-Pen 22″‘s. As non-com drivers can conflict with Wacom’s. So using XP-Pen 22″ along with existing Wacom tablet may not be an option.

It is worth to note that at the time of writing this review, XP-Pen 22″ may cause you some problems with this driver. It can work if you tinkered with some of the options like the “Support Digital Ink” option in the Info tab of the driver.

XP-Pen 22″ comes with an adjustable stand that is very typical of the other Cintiq alternatives I reviewed so far. The stand allows you to tilt your XP-Pen 22″ back & forth with ease. But it can still be limited for some people.

Now here is something I tend to mention a lot in my reviews:- In case the stand didn’t suit the way you sit & draw, or in case you want a more comfortable drawing setting. Then I pretty much advice you to get an Ergotron arm. Since XP-Pen 22″ already have VESA mount behind of it, it is already compatible with many of the arms that are there in the market. Ergotron arms will not just allow you to adjust XP-Pen 22″ to the way you sit easily, but it can make it easier to place the keyboard below it while you work too.

Based on XP-Pen 22″ screen size & weight, Ergotron Arm 45-241-026 is a very suitable arm for it (Ergotron’s site doesn’t contain any XP-Pen hardware). Which you can find on the following Amazon links():-

Nice Additional Things It Comes With

Just like the case with Ugee UG-2150, XP-Pen 22″ comes with a few additional things. These things are optional, but they are nice to have nonetheless:-

XP-Pen 22″ turned out to be another good Wacom Cintiq alternative that costs much chapter. It is a device I pretty much recommend for getting started in digital art, art design students, or anyone who create digital art for a hobby.

I hope you liked my XP-Pen 22″ review, and see you again with another one. ^^