While It May Sound Unimportant, Negative Space Is One Of The Things That Can Help You Draw Better, And Faster Than You Think

Have you ever had an issue drawing a certain object right? Have you found yourself keeping drawing it, and every single time, you keep doing it wrong, the proportions are not right, or one part of it is much bigger than the rest? This is a big issue many artists have to experience & overcome, and negative space is one of the ways to do that. If you never heard of it before, then you’re missing out on a lot of potentials within you.

As I have to keep saying over & over. Practicing drawing using negative space may seem awkward at first, but it’s something you will get used to after some time. It’s always nice to feel like your drawing improved just by focusing on the shapes made by it.

This post is a part of a series on drawing proportions, you can refer to the first post of the series here if you missed it.

What Is Negative Space?

Negative space is also called white space, although not all the negative spaces are really white.

The good thing about negative space is that when you can focus on drawing it, you end up drawing the positive space as well, maybe without you feeling it. That’s something I will talk about in more details. 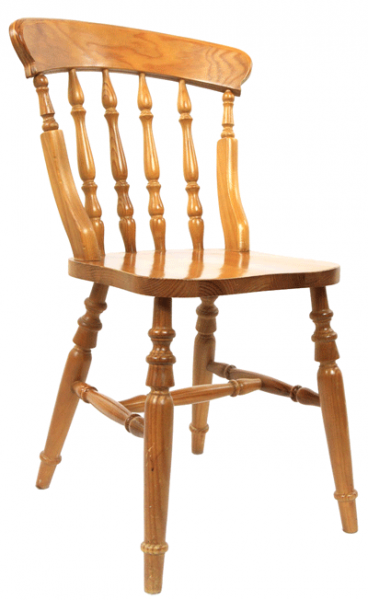 Let’s take a look at negative space. In the chair picture above, the space between the different parts represents the negative space. You can see them colored in blue in the following picture:- 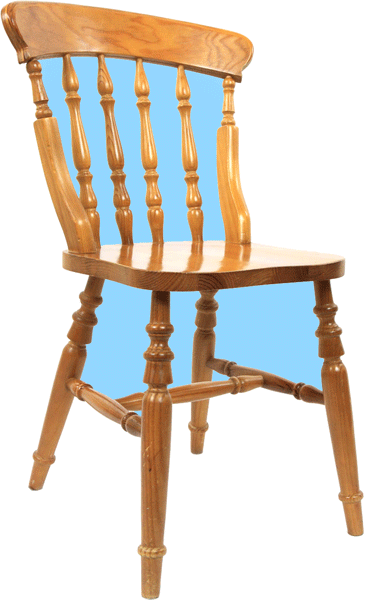 These spaces make unique shapes, which you can observe on their own. By drawing the negative space of the chair, you end up drawing the chair, or parts of it more accurately. 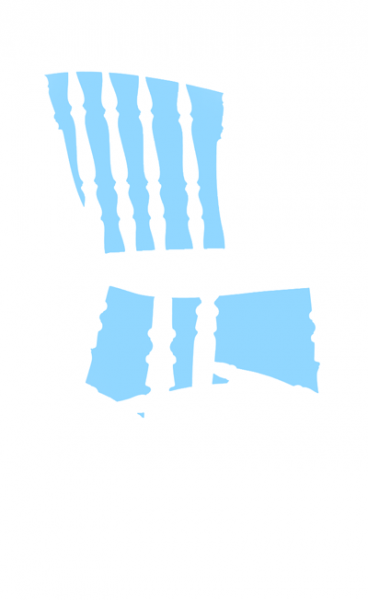 The area surrounding the chair itself is also considered as negative space, and you can draw it separately as well. 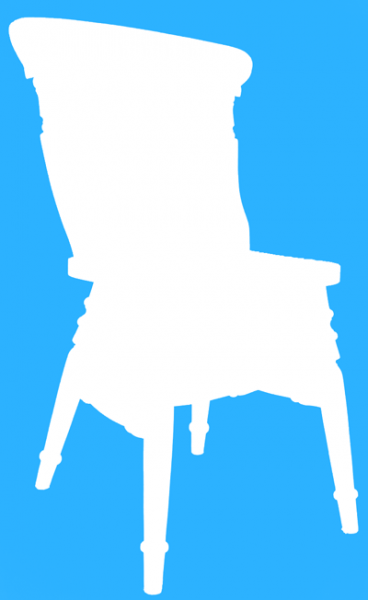 The following picture consists mostly of negative space, where the tree make the positive space. 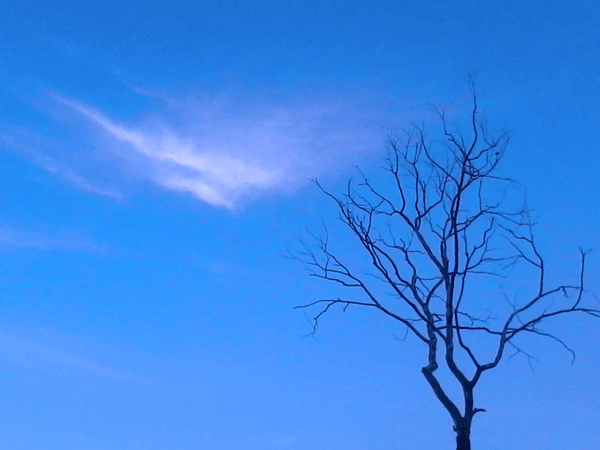 The cog in the following image is the positive space, while the white background is the negative space.

I could go on and on, but the idea is pretty much that. The negative space is often the same as the background of the image.

The Reasons You Should Learn & Observe Negative Space

Learning to see negative space can easily allow you to see the object you’re drawing as it actually is. It helps you understand the relationships between the different parts of your drawing. And in that way, it is one way to understand & draw proportions right..

That alone can help you draw more accurately. Getting yourself accustomed to seeing negative space may not make you a 1st-class artist right away, but it will give your drawings a boost you will appreciate a lot.

In the cog example above, rather than drawing the cog itself, you can draw the negative space instead. You draw the circle in the middle, then process and draw the shapes making the space around it. That way, you end up drawing the cog itself. Usually with better proportions & details. You may feel awkward drawing that way, as you’re using your brain in a way you’re not used to. If that happened, just keep at it till you’re used to it. 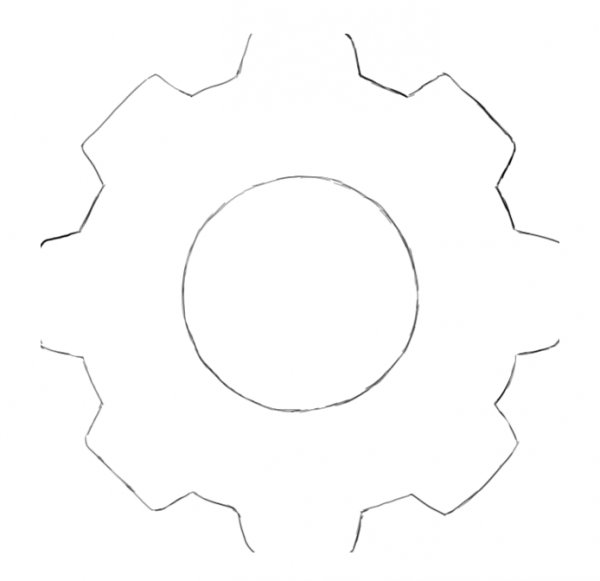 In my Introduction to drawing proportions, and how to get them right post, I used negative space to help me accurately draw the banana. It helped me draw the fruits with accurate proportions. 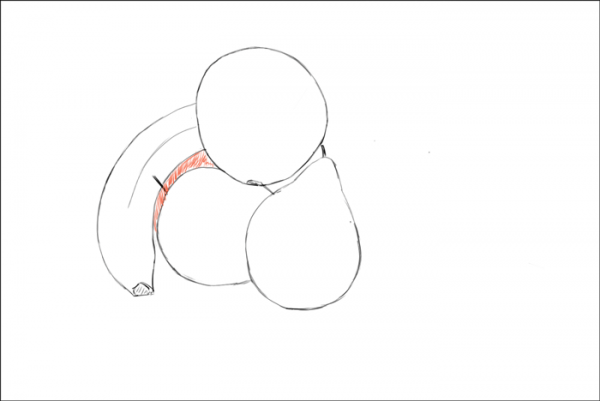 Negative space not only makes you draw better, but it’s also a good way to practice drawing your proportions and the different relationships in your drawing, which is one of the reasons I am writing this post, as I am working on a series about drawing proportions.

The benefits of observing negative space extends to the other areas of drawing, like composition as well. Having the right amount of negative space in your drawing makes more appealing the eye. It also helps guiding the viewer’s eye to the object of interest in the picture. Something that can be useful to know in drawing, photography & design.

In the following bookshelf, there are almost no negative space in the picture. While the image clearly represents a bookshelf. There’s no particular object for you to focus on. 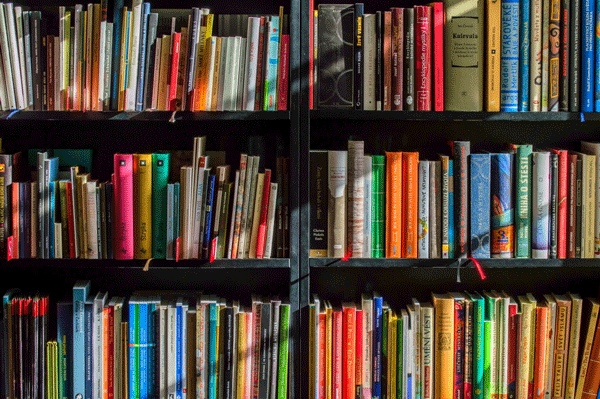 Now look at the following stack of books, your eye will clearly focus on the books at the middle. The image was most likely easier on your eyes as well. 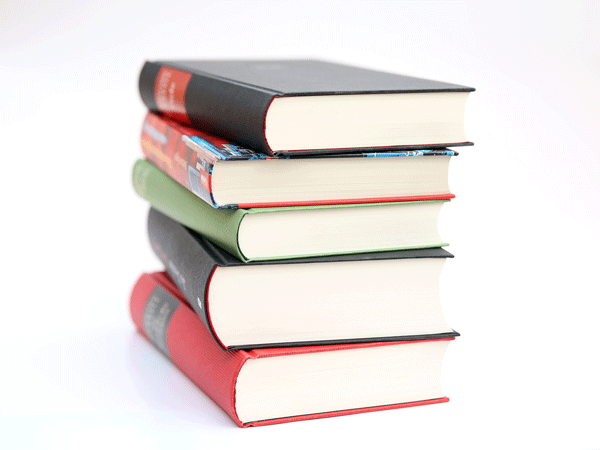 As you can see, negative space makes it easier to make the object of interest stands out more.

Negative space is also used a lot in logos. You probably noticed the white arrow between the E & X in FedEx logo. It was a smart use of it in their case.

Another nice example is the logo of Pittsburgh Zoo, where the space on both sides of the tree represents animals. It feels nice & creative to look at the tree at first, only to notice the animals shortly after that. 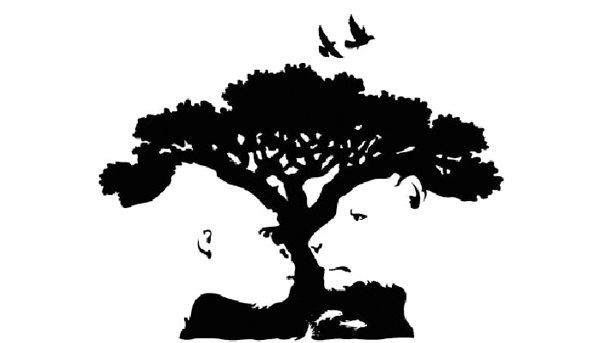 A Final Word On Negative Space

To summarize, looking at negative space is a nice trick to help you see whatever you’re drawing the way it actually is. Since your brain may trick you into drawing the object as it thinks it is, which leads to a distorted drawing. It can be tricky to draw that way, to the degree you may want to stop, but I highly encourage you to keep at it. As it can change the way you draw forever (I am not exaggerating here).

You may have noticed how it is used in many aspects of drawing, including composition & design. That how it’s particularly used in logos. Composition in particular is an aspect of art you need to study carefully.

Negative space is one of these drawing aspects that many could find intuitive, but emphasizing on its importance, and how you should utilize it is something I had to do in this blog.

I hope this post helped you learn something, and good luck with improving your art skills.

Next in the proportions series:- How to measure Proportions in different ways? (Both Good & Bad)