As I promised you guys in my Surface Pro 4 review, I am going to make a detailed comparison between the two devices, and how each of them perform when it comes to drawing, what are the pros & cons for having each of them and all.

Basically speaking, you could get a rough comparison by reading a review for each of the two, and by looking at the detailed specifications of each of them. But by combining that to how they perform when it comes to drawing, we can get a pretty good picture of which of them is best for you :>

While this comparison here will focus on the drawing capabilities of each device, I will also talk about the other things you may need as an artist, like USB ports, weight & battery life.

One thing I really need to point out that each of the two devices has its own perks & cons, so while the Cintiq Companion 2 may be the best device for some areas, the Surface Pro 4 is much better for some others. While I will try my best to come up with the verdict that suits most people, you will need to consider your own needs when you choose the device most suitable for your digital creativity.

Let’s take a look at different aspects related to drawing, one by one, and to see how the two devices perform in each of these tasks.

Initial Activation Force, or IAF, is the least amount of pressure you need to apply on the screen with the stylus in order for a stroke to be registered. Usually, the less IAF in the device, the better it is.

Surface Pro 3, the one before the current generation, suffered from a bad IAF, but fortunately, this has been improved on in the Surface Pro 4, which has a lower IAF, making it more suitable for drawing.

Since the Cintiq Companion 2 was made specifically for art creation, it has a good IAF from the very beginning, and it is much better of the Surface Pro 4 in that regard.

Keeping menus away from the edges mitigate or alleviate the problem, I once read that having the pen straight while near the edges can pretty much help as well. These are not perfect solutions, but they will hopefully help.

On the other hand, the Surface Pro 4 doesn’t seem to suffer from this problem. Since it uses N-Trig digitizer here, which doesn’t has that problem.

Parallax is how different the cursor appears to be relative to your pen when you view it from a different angle. For example, if you are drawing with a pen display that has parallax, nothing can seem wrong at first, but when you shift the angle you look from, then all of sudden, the cursor won’t seem aligned to pen from the new angle you are looking from. This is what is called parallax. The thinner the display is, the less Parallax you will notice here. Calibrating your display while viewing the scree from the angle you plan to work form pretty much solve this problem, until you start looking at the screen from a different angle

Now let’s talk about a very common drawing features in graphics tablets & pen displays in general. Which are pressure & tilt sensitivity. Since I am trying to keep this blog simple even for those new to digital art, I will explain what each of these two feature means so you won’t have to google them to know what they mean.

Since both these two sensitivity features are trying to mimic the way traditional drawing tools do. When you draw with a pencil, a line can get thin or thick based on how much pressure you put on your pencil. Drawing tools like pen displays emulate that with pressure sensitivity. So by having a pen display that supports this feature, it mean you can draw the same way, getting thin lines by applying a little pressure on the screen, and thicker lines by applying more pressure.

Pressure sensitivity is very common in graphics tablet & pen displays alike, it is the amount of pressure supported is what may be different between different models.

Tilt Sensitivity is less common feature in pen displays, and it is usually supported in the higher-end products.

For both Pressure & Tilt Sensitivity to work, your art program needs to support them, also, the specific brush or drawing tool inside the program need to have these features turned on.

One interesting thing I would like to say is that both pressure & tilt sensitivity can be used to not just vary the thickness or your strokes, but to control other things like the opacity of your strokes & more.

Now I have introduced the two concepts for you, let’s compare our two devices. The Cintiq Companion 2 has a pressure sensitivity of 2048 level, which is the typical you can see in the higher-end Wacom devices. It also has a tilt Sensitivity is ±60º.

For the Surface Pro 4, the pressure sensitivity is 1024 level, and there is no tilt sensitivity support in it.

While it is obvious that the Cintiq Companion 2 is the winner here, let me tell you a very important thing. That higher sensitivity or tilt is not always important, I mean, not all artists really need or can benefit from the 2048 level of pressure sensitivity the Cintiq Companion 2 provides, and that’s for many reasons. For most of us, the 1024 level provided by the surface pro is more than enough, and that the additional pressure is not reason to get certain device. The same can be said about Tilt sensitivity, which is a more desirable feature than high pressure sensitivity in my opinion.

This is pretty much straightforward aspect of the comparison, since both of the two devices we are comparing here are portable, this mean that having a lighter device is a plus.

This is another aspect of the comparison that’s pretty easy, the Surface Pro 4 doesn’t have any customizable keys on its surface (pun intended), and it has only one button on the pen, which works as a right-click button, as far as I know, that button can’t be customized, and even if it can be, it is only one button. While the Cintiq Companion 2 has 4 hotkeys on it, plus one rocker ring for incremental functions like increasing brush size. It also has two button in the Pro pen that comes with it, and these two buttons are fully customizable. Not to forget that all these buttons are application-specific, which mean you can have different functionality set for each program you use.

The Cintiq Companion 2 clearly wins this part of the comparison. 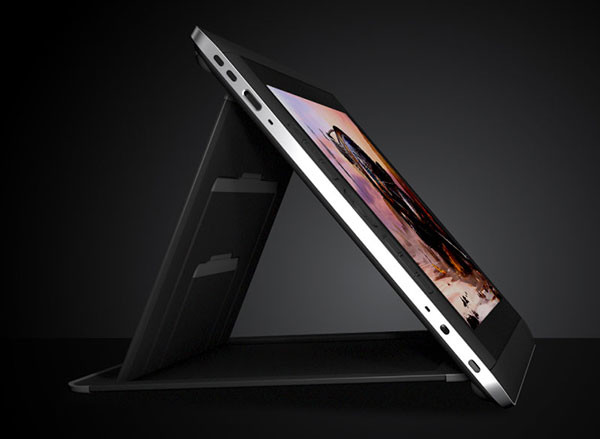 The Cintiq Companion 2 features a similar stand to the one that comes with the Cintiq 13HD (Reviewed here). Which allows you to lay your Cintiq on 3 different positions. As well as laying it close to flat. One things that’s not good about the Companion 2 stand is that it is not attached to it, something not good for a portable device in my opinion.

The Surface Pro 4 has the kickstand at the back of it, which is adjustable in any angle you want, which is pretty nice. Besides that, it is attached to the Surface itself, which mean it won’t come off in case you decided to move your device a little bit, which is a plus. Making the surface win this part of the comparison.

The Cintiq Companion 2 features a battery life up to 5 hours, or 4.5 hours according to my review about it. While the official battery life of the Surface Pro 4 is about 9 hours. While both numbers are generally good, the 9 hours of battery life for the Surface Pro 4 means that you can use it for a whole workday without having to recharge it at all. Which makes it the winner of this round.

Note:- The real battery life you will get from your device depends on how much how you use it, and which programs you run on it, and many other factors.

The Cinitq Companion 2 has 3 USB ports, while the Surface Pro 4 has only 1, which mean that in case you plan to plug more than one USB device, you are going to need some sort of hub for it.

Both devices has a Micro SD card that supports up to 2 TB cards. Which gives a good way to get additional storage, as well as support bigger cards in the future.

For external display, both the Surface Pro 4 & Cintiq Companion 2 have a Mini DisplayPort, which mean you will need an adapter to be able to connect any of them to most screens.

Value For The Money

I don’t know exactly why, but the Cintiq Companion 2 is generally more expensive than the Surface Pro 4, my guess is both Wacom’s brand and the cost of their digitizer. In case you are cost-conscious, then the Surface Pro 4 is a much better choice, despite the few cons I mentioned about drawing with it.

And by this I mean if the manufacturer, Microsoft or Wacom, has provided software to customize how your device work. For one, as I mentioned in the hot keys comparison, the Cintiq Companion 2 software allows you to modify all the hotkeys, the rocker ring, and the two buttons in the pen, while the Surface Pro 4 doesn’t do that. Since I already declared the Cintiq Companion 2 the winner of the Hotkey comparison, I won’t use that in this section.

The Cintiq Companion 2 is known for how the fans tend to blow almost constantly, a problem I hope Wacom will solve in a way in another in any upcoming release of its drawing device. The Surface Pro 4 doesn’t suffer from this problem. Actually, the very low-end version of it, the one that uses Intel Core M3 processor, doesn’t have fans in it at all. Making it the better device for those how want to draw in a quiet environment.

Despite the price difference, the Cintiq Companion 2 seems to have scored generally better than the Surface Pro 4. Which makes it the overall winner of this Comparison, I am not saying that the Surface is a bad choice for artists or anything, as the real choice depends on your actual needs and the software you are using. The Surface Pro 4 has the price advantage here.

It probably should not be a surprise that the Cintiq Companion 2 won this comparison, as it was made specifically for art creation (despite all its flaws). And as I mentioned in my Surface Pro 4 article, I don’t really know if Microsoft has artists in mind when they were designing the Surface Pro 4, but they seem to be doing generally well in that. Which make me looking forward for any upcoming Surface Pros in the future to see how well they perform when it comes to drawing.