Huion GT-220 is another Cintiq alternative & competitor I review here. It can be considered a good product in general, especially giving how it costs a fraction of the bigger Cintiq models, but it could have been a real Cintiq contender had not it been for some annoying problems in it, many of them are mentioned in this review.

If you just want to draw on the screen, and don’t want to risk spending a lot of money and possibly face some problems with it, and at the same time don’t care about screen size, then Cintiq 13HD, or the touch one of it, can be good alternatives of Huion GT-220. Some other Cintiq alternatives can be a similar bargain to it too. 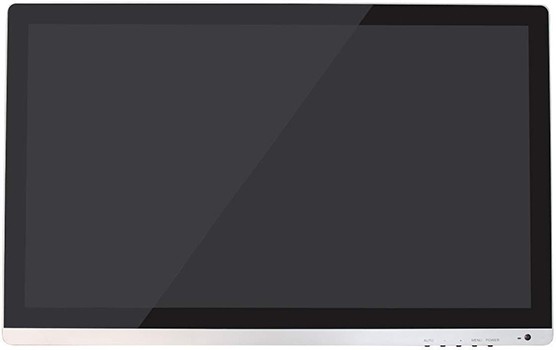 When it comes to the drawing area, Huion GT-220 offers a large 21.5 inches screen with a full HD resolution of 1920 x 1080, and aspect ratio of 16:9. One good thing about Huion GT-220’s monitor is that the panel is IPS, which is better than the TFT monitors that comes with some of the other pen displays I reviewed.

One of the first negative things you will notice about Huion GT-220 is the lack of Hotkeys on the pen display itself, which mean you need to keep your keyboard close by for shortcuts, this is not a problem if you are the kind who uses keyboard shortcut even with the existence of Hotkeys.

From the specifications, Huion GT-220 offers 2048 level of pressure sensitivity. In case you are unfamiliar with this, it is a feature that allows you to vary the thickness or opacity of your strokes, similar to how you can do with traditional pencils & brushes.

Unlike drawing on the center of the screen, the cursor on the edge of the screen doesn’t correlate accurately with the pen position, which can make selecting any objects or toolbar located near the edge of the screen a bit harder. This is a common problem with many pen displays, including many Cintiq models. So I would not count this as a con for Huion GT-220, but it would have been much better if such problem didn’t exist.

After some use, Huion GT-220 gets warm at the lower half of the screen, something some people may totally not care about, but for working for hours at times with the device this can be an annoyance.

One thing you may find annoying about Huion GT-220 design is how the control button of the screen are located at the bottom of it, this may not pose a problem if you are the kind who keeps the default settings of your monitors, but for those who want to calibrate the colors of Huion GT-220, this may be a bit of a hassle to do with this pen display. Another annoying things with the design is how all the ports at the back of it all face downward, which mean you will need some flexible cables to attach it comfortably. But that is not the case if you decided to attach Huion GT-220 to an Ergotron arm or something similar to it, something I will talk about shortly.

Now let’s talk about the colors of Huion GT-220’s screen. The colors of the screen are not the most accurate you could find, and they will requires some calibration of your part to get the best results. If you have a second monitor to use for a reference, then you are good to go.

Huion GT-220 supports 3 display Interfaces, which are VGA, DVI & HDMI. That makes it compatible with a lot of computers nowadays. Now, in case you use computer with a mini DisplayPort, like an iMac, then you will need some sort of adapter for it.

Note:- While Huion GT-220 is compatible with DVI, the last time I checked, it doesn’t come with a DVI cable. So in case you plan to connect your Huion GT-220 via that port, consider getting a cable if you don’t have one.

As with the case with many Huion products, Huion GT-220’s pen runs via a rechargeable battery. But that’s not exactly a problem, as the battery last for a long time once it is charged.

Huion GT-220’s pen has two buttons on its side, there is a chance that the first buttons won’t work very well, Huion themselves admitted this, and issued the following test to test the first button to see if it is corruptive or not:-

Regarding the first button issue, our tech group has found out a method to test if the pen button is fine or not. Would you mind following the steps below?

You may firstly keep pressing on the first button and then move within 5mm over the monitor. If the process is smooth without any stuck or other difficulties, it means the button is fine, or the pen button needs to be reset.

In the meanwhile, to see whether the pen itself is fine or not, you may test it according to the following method.

After trying the first step above, if the button is proved to be fine, while without any function, please open Excel or Word. Firstly please note that the default setting of the first button is corresponding to the letter “e”. You may press on the first button to see if the word “e” shows up. If the “e” shows up, it means the pen is fine.

Please write back to us with the situation above so that we can help you further. Our official cs support email is service@huiontablet.com.

Thank you for your understanding and cooperation with us.

Since the pen is charged from the back of it, there is no eraser at the back of the pen, something you may care about much if you are like me, who tries to draw similar to how traditional media works. 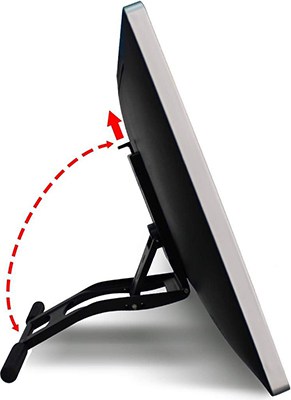 Huion GT-220 comes with a stand that allows you to tilt the pen display to suit the way you sit. It may not be as fancy as Wacom’s stands, but it is decent.

Since all the ports at the back of Huion GT-220 face downward, depending on the cables you use, you may not be able to tilt your pen display beyond a certain point, or the cables will bend and prevent you from tilting it any further.

By removing the stand behind Huion GT-220, you can see a VESA mount, where you could plug an Ergotron arm, which will make it much nicer to work with. I will talk about Ergotron Arm later in this review. 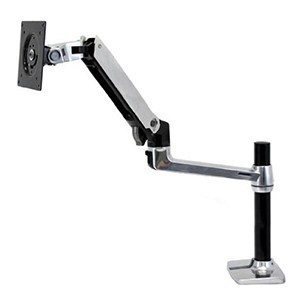 By the time I wrote this review, Huion GT-220 was not listed in Ergotron site. But I have found many artists have used LX Desk Mount LCD Arm (Reviewed Here) with it without much of a problem, that arm can support monitors for up to 20 lb (about 9 kg) without any problem, which is way above Huion GT-220’s weight.

While Huion GT-220 is a decent pen display in general, there are some issues with it that can make it less worthwhile got you. Depending on how much you are willing to tinker with these problems, and how much the affected part is important to you.

Just like the case with many of my Huion products reviews, follow these steps to hopefully avoid having problems with your pen display:- 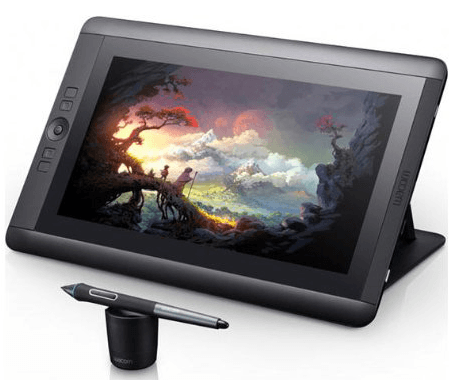 In case you are reading this review because you are looking for a pen display to use for a professional work, I will hesitate to recommend Huion GT-220 for you. As it may not be reliable enough for such critical tasks. So in case you want a reliable pen display for a similar price, and you don’t care much about the drawing area, then I pretty much recommend you the Cintiq 13HD, or its Touch counterpart. Which have been proven better for such tasks. 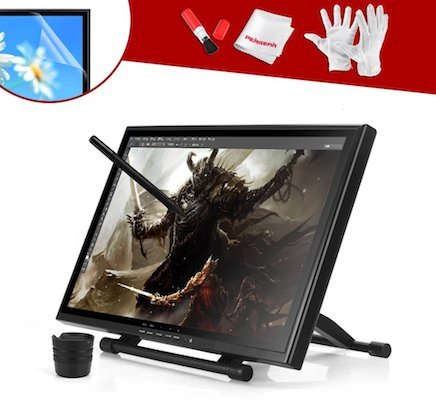 In case you want a pen display with a large drawing area for a similar price to Huion GT-220, then I pretty much suggested you check out Ugee 19-Inches, which is generally better than Huion GT-220.

I have a review for Ugee 19-Inch in this blog, which you can check out by clicking here. Also, don’t forget to check out my list of affordable pen displays in here.

While it could have been an excellent pen display, Huion GT-220’s shortcomings made it a less so but having more issues than I usually do in similarly priced pen displays. I think it can be a good way to work in digital art, but I think it would be better to check out the other Cintiq Alternatives to see if they are better for you.

I hope you liked my Huion GT-220 review, and see you soon with another review.

The steps to test the pen mentioned in this article were taken from Huion’s website.