Huion 1060 Plus is a nice graphics tablet, which has a good number of useable express keys and 16 additional hot keys, 2048 level of pressure sensitivity, and good active area. It is a perfect graphics tablet if you plan to use the graphics tablet without the need to reach out for the keyboard at all (just like me).
But bear in mind there are some problems with it, like how the driver may act weird after your computer wake from sleep. And the manual that comes with it is poorly written. Also, if you got this tablet, don’t forget to follow the instructions below, which will hopefully help you to prevent many of the common problems that come with Huion graphics tablets installations. 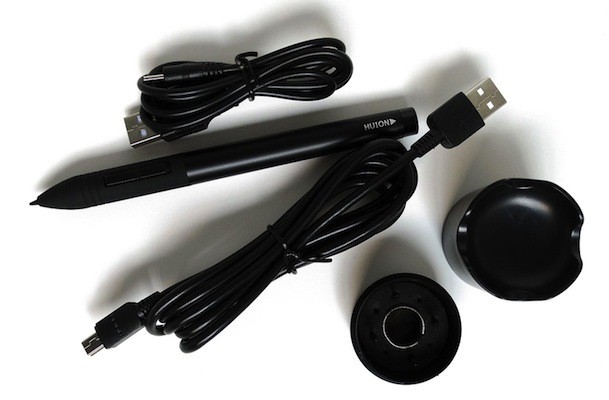 Huion 1060 Plus features a rechargeable pen, which can be charged with the a USB cable that comes with it for that purpose. Unlike Huion pens that require one AAA battery to work. I consider this to be one of this tablet plus points.

It is important that you don’t confuse Huion 1060 Plus with Huion 1060PRO+, which is a different Huion model that is slightly different from this one. I honestly don’t understand why Huion named two tablets so similarly like that yet. :D

Huion 1060 Plus contains a nifty & cute feature, which is the built in card reader in it, which can read MicroSD cards, and a MicroSD card that can store about 8 GB of data. This is a pretty useful feature in case you bought Huion 1060 Plus for retouching the photos you took from your digital camera. As it will make it easier for you to load the images into your computer, assuming your digital camera uses a MicroSD card as well.

Instructions to avoid falling into problems with your Huion graphics tablet.

The user manual that comes with Huion 1060 Plus is not very good, it is written in bad English. And some of the pictures in the manual are for another Huion graphics tablet model, while the manual actually mentions that the illustrated tablet is another model, it doesn’t show you pictures of Huion 1060 Plus itself. This is not really the first time a Huion graphics tablet ships with a user manual like that.
I am not saying that the manual is not useful or that you won’t be able to benefit from it, but compared to the manuals that comes with devices, it is unusual, so I thought it is better to tell you about it before hand, in case you decided to buy this tablet after reading this review. 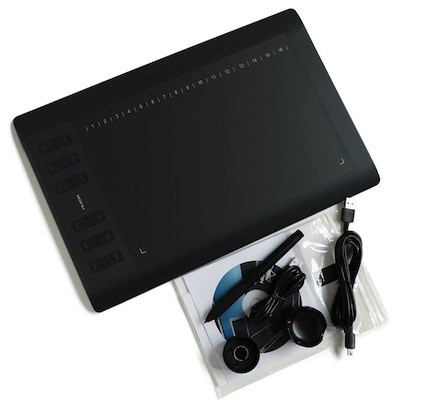 While I appraise Huion 1060 Plus for the good number of express keys in it, which is a good move by Huion. Besides this graphics tablet, I also would recommend you to take a quick look at Huion H610 Pro before buying this one.